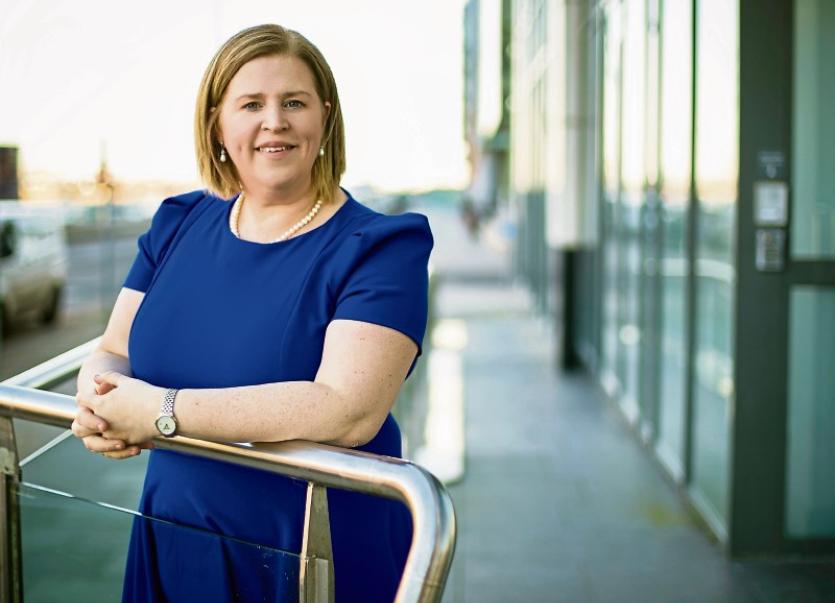 ELAINA Fitzgerald Kane has taken on the role of president of the Irish Hotels Federation (IHF) at a critical time for the organisation as it  faces up to the potentially far-reaching consequences of the coronavirus.

But, stressed Elaina, who is a director of Fitzgeralds Woodlands House Hotel, Adare it is all about balance, and achieving the right balance between prudence and hysteria.

“The IHF has been really active in trying to get ahead on this as much as we can,”  she said.

“We have issued different series of guidelines to our members. Every day, we are amending those,” she continued.

What the impact is and/or will be is not yet clear. Certainly, some markets are affected, Elaina explained. China,she said, was a major growth market for tourism and many hotels have invested a lot in that market. But that market has gone into severe shock.

Normally, also, she explained there is a spike in bookings around St Patrick’s Day,  but it remains to be seen how that will fare this year.

“We are dependant on the guidelines,” she continued. “It is here now. Containment is the key.”

But she said: “There is an expectation that with summer and rising temperatures, it will abate.”  Moreover, as people become more reluctant to travel abroad, it “opens the door for staycations”.

Elaina comes to her new role at the head of the 900-strong federation,  from a lifetime of experience in the tourist and hotel business and having served as an official in her local IHF Shannon Branch, on the national executive and as vice-president.

But for her there is the added dimension of having emulated her mother Mary who, 20 years ago, became the first female president of the IHF. Two decades on, Elaina is still only the third female president to head up the organisation.

She does however intend to make her mark and set out an ambitious set of goals for her two-year tenure.

When the VAT rate was reduced to 9% in 2011, it helped create 90,000 new jobs in the hospitality and tourism industry, Elaina pointed out. “We are now in the top three VAT rates in Europe,” she said.

Crucially also, she pointed out, tourism is an economic driver for rural areas with 70% of hospitality jobs located outside Dublin. Elaina would also like to see more action on rates and more activity in terms of career progress and career development opportunities for the “amazing people” who work within their industry.

The green agenda is also on Elaina’s radar and she noted that Hotel Doolin has become the first carbon neutral hotel. That is setting a high bar but sustainability is key for everyone in the business, she emphasised.

Learning from others, whether from other industries or from other providers in the hospitality sector, is also important for Elaina. “If people are networking, they learn a lot,” she said. She also wants to see success being celebrated more.

“Ultimately, I don’t know if tourism is valued seriously enough at government level,” she said. Her ambition would be to see Tourism as a stand-alone ministerial portfolio with a full seat at the cabinet table.

“I feel our industry is not taken as seriously as some of the other industries.”

She is looking forward with relish to her two-year term of office. “It is a big commitment,” she said. “It is wonderful I have been entrusted with it.”

Mayor of Limerick City and County, Michael Sheahan this week welcomed Elaina’s election.   “It’s no surprise to anyone who has followed Elaina’s own career but, beyond that, has noted the Fitzgerald family footprint on the hospitality industry over decades that we would see Elaina elected to this office, “he said.

Elaina and her  mother, he noted, have become the first mother/daughter to hold the title.  “They are, therefore, trailblazers not alone in their industry but in terms of gender equality.”

“Elaina, who is a Brand Ambassador for Limerick’s new brand, and her family are incredibly proud Limerick people. They epitomise all that is good about our county – the warm Limerick welcome, passion for what they do, quality service and honesty and humility.

“It’s a mix that makes Limerick a special place and having Elaina now as president of the IHF will put additional spotlight on those qualities, on what we are about, “ the Mayor said. “I’ve no doubt in her role as President of the IHF, she will be flying the Limerick flag proudly and I look forward to supporting her in any way we can over the coming years.”