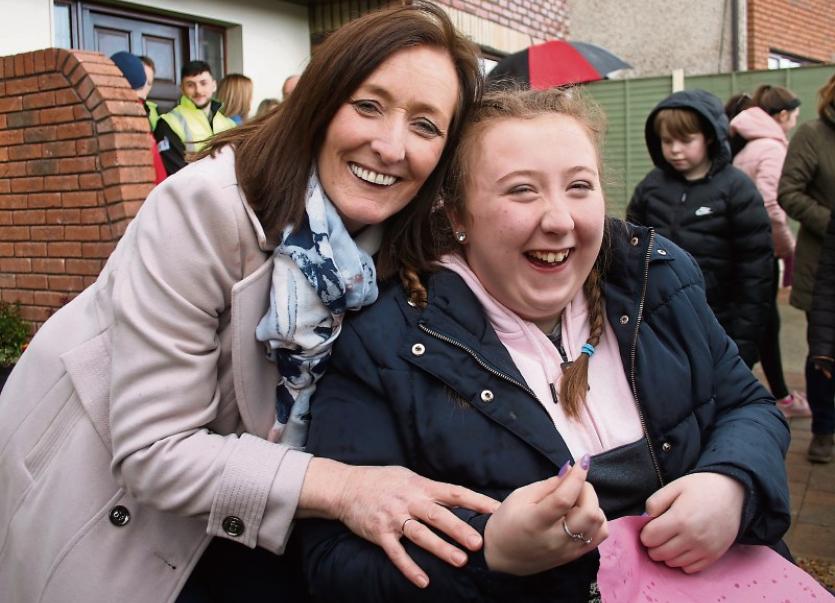 Sharon Mulcahy with daughter Amy:  ‘I don't know how to thank these people - they have totally changed our lives’

LIMERICK mother Sharon Mulcahy has said that the transformation carried out on her home by RTÉ show DIY SOS has been “life-changing” for her daughter Amy.

The newly-renovated home in Glenside, Annacotty, was revealed to the family last week after just nine days of construction by the DIY SOS team and a battalion of local tradespeople.

Sharon’s 13-year-old daughter Amy relies on the use of a wheelchair since an accident last year left her with brain damage.

“DIY SOS have transformed our house, it’s given Amy a new lease of life,” Sharon told the Limerick Leader this week.

“The changes they have made provide Amy with complete access to all areas downstairs.”

Prior to the renovations, Amy was confined to a small area in the house which she also shares with her brother and two toddler nephews, with little privacy and without ready-access to a bathroom. 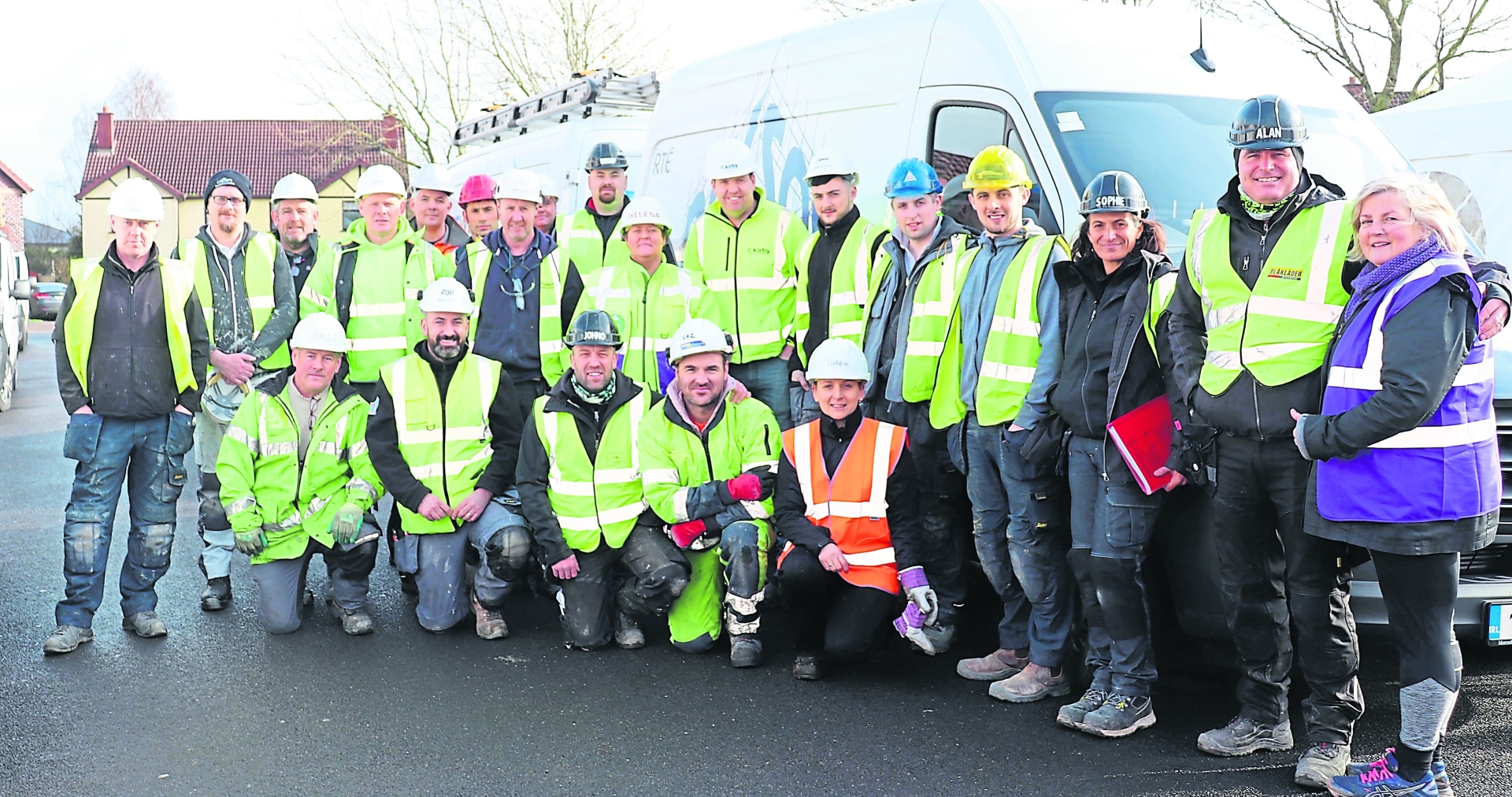 Above: Some of the dozens of trades people who lent their skills to the project

“They constructed a den which will allow Amy to continue her rehabilitation from our home, and they’ve also given Amy a private space to hang out with her friends, just like any teenager would want.”

Sharon said the grand reveal by the show, which is presented by Baz Ashmawy, last Thursday, was “emotional”, with the work carried out by the team leaving the family utterly lost for words.

“Nothing prepared me, I couldn’t believe it - I was overwhelmed. I just could not believe that we were in our own home. Amy was taken aback too, we were just flabbergasted. I kept pinching myself, looking into every room.”

Amy was involved in a rowing accident in February 2019, and was trapped underwater for a prolonged period of time, causing her to suffer cardiac arrest and subsequent brain damage.

Doctors told the family that Amy would never see, walk, or talk again, though the determined teenager had proved them wrong within only nine months of the accident and is making huge strides in her recovery.

The teenager returned to her Limerick home in November after undergoing rehabilitation treatment in Temple Street and National Rehabilitation Hospital.

“Everybody was quite taken aback by the progress that she made in recent weeks while filming the show,” explained Sharon, “she took her first steps and Baz even found that very emotional. 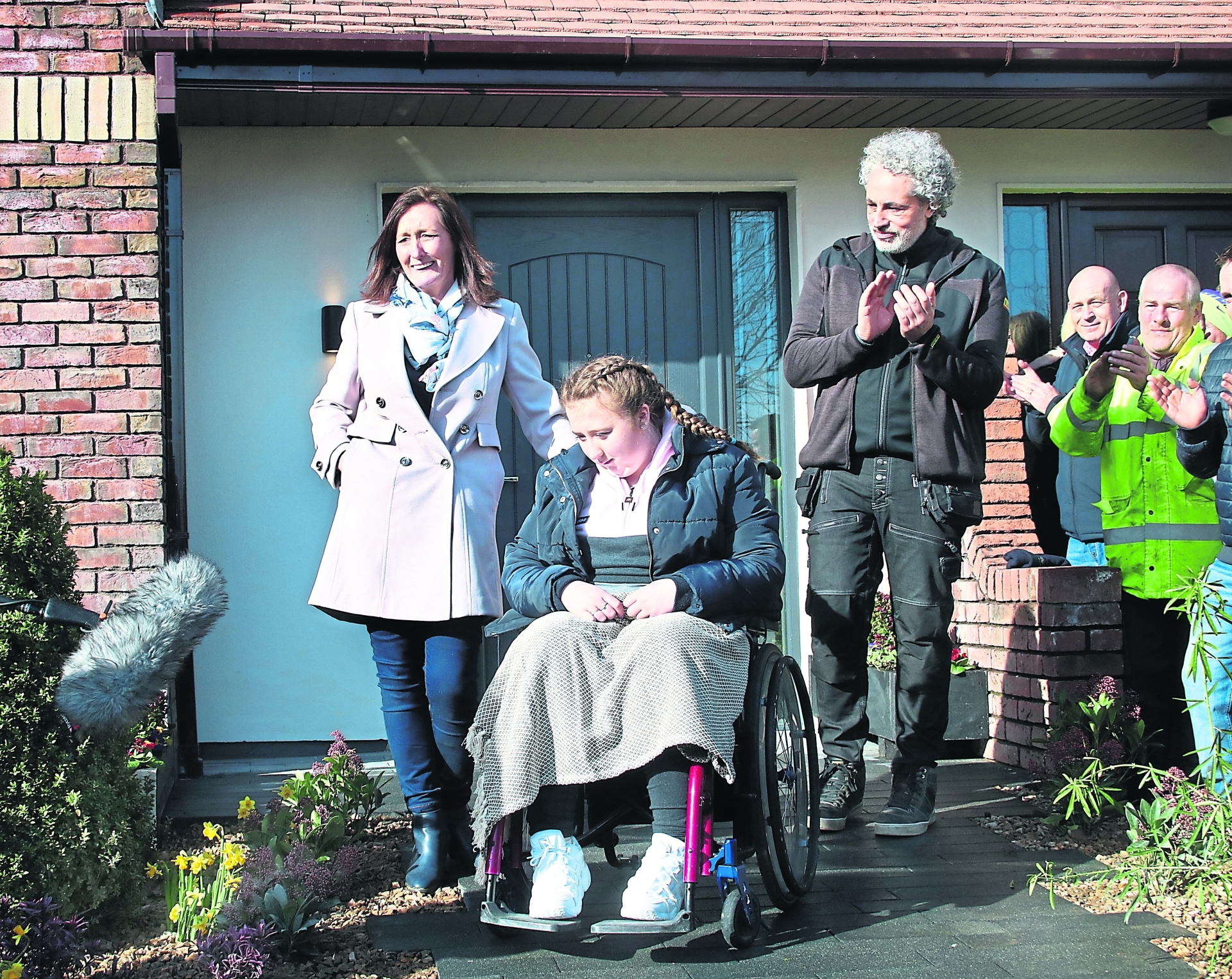 “Amy is working really hard to rehabilitate herself. She is a very positive person, she hasn’t become a victim in all of this.

“She asked me a few weeks ago ‘why did this have to happen to me?’ and I said ‘Amy, I'm so sorry. I can’t answer this question.’

“I was gobsmacked at what she turned around and said to me. She said, ‘But mum, I wouldn’t have wished it on any of the other children that were there, because they will always have the memory whereas I don’t remember’.

“How gracious is that of a girl of 13 years of age to turn around and say to her mother? She’s absolutely remarkable. She’s truly amazing.”

Sharon said that Amy thoroughly enjoyed the filming process, and even had nicknames for all the crew.

“We formed relationships with them,” said Sharon, “they are so down to earth. They are like an extended member of my family now.

“Baz is so unbelievably warming - he’s a dad, he gets it. I can honestly say I saw a spark in my daughter that I hadn’t seen prior to when the accident happened, thanks to him.”

Sharon said that she is eternally grateful to the DIY SOS team, but also to her neighbours and to all the tradespeople who volunteered their tools and their time to the build.

“The people of Limerick, and I go as far as saying the people of Ireland, are brilliant. They never met Amy, but the support they have given us as a family has been absolutely amazing. I don’t know how to thank these people, I don’t think I ever can - they have totally changed our lives.

“I have to say I actually felt so sorry for my neighbours because our estate was just full of trucks and machinery for two weeks, but they were absolutely amazing. And what really strikes me about all my neighbours is that there were just so happy for us. They were so delighted that Amy got this opportunity and they knew how life-changing it was going to be for her, but they were so supportive.

“I’ve always loved where I live and I’ve always enjoyed my neighbours but they really did me proud and I’m very thankful to every one of them,” said Sharon.

The show, which is the second episode in the Irish version of the formerly UK-based series, is set to be aired on RTÉ this September.