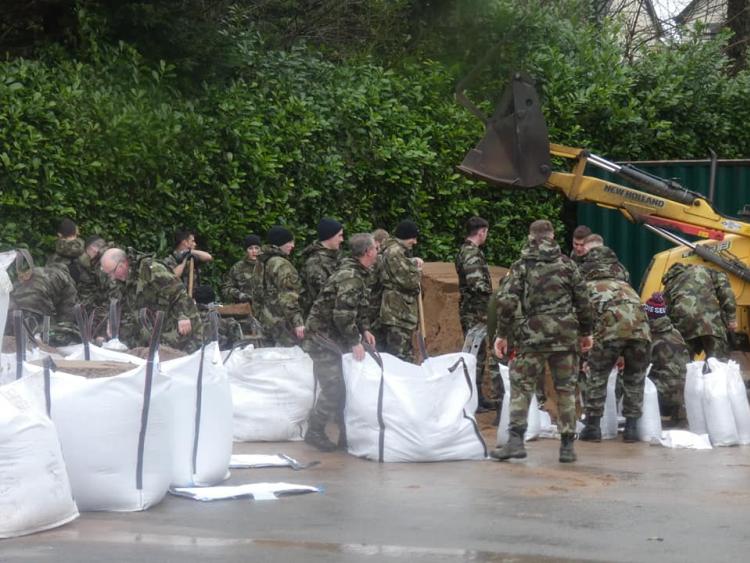 MEMBERS of the Defence Forces have been dispatched to County Limerick ahead of Storm Jorge's arrival this weekend.

Army personnel were seen preparing large sandbags in the Castleconnell area this Friday morning, as Limerick and the west coast of Ireland are expecting strong gale force winds between Saturday and Sunday morning.

Storm Jorge [pronounced hor-hay] was named by Spain's State Meteorological Agency during the week, and is the third storm in a month to hit Ireland and the UK, after storms Ciara and Dennis.

While Met Eireann announced a Status Yellow wind warning for Limerick between Saturday 9am and Sunday 3am, there is a Status Orange warning for Clare and Kerry.

Motorists are advised to exercise caution on the roads, and be extra conscious of debris and falling branches as soils would have been damaged by previous storm damage and heavy rainfall.

The Defence Forces have been on standby in the County Limerick village this week, amid severe flooding in Limerick and Clare.