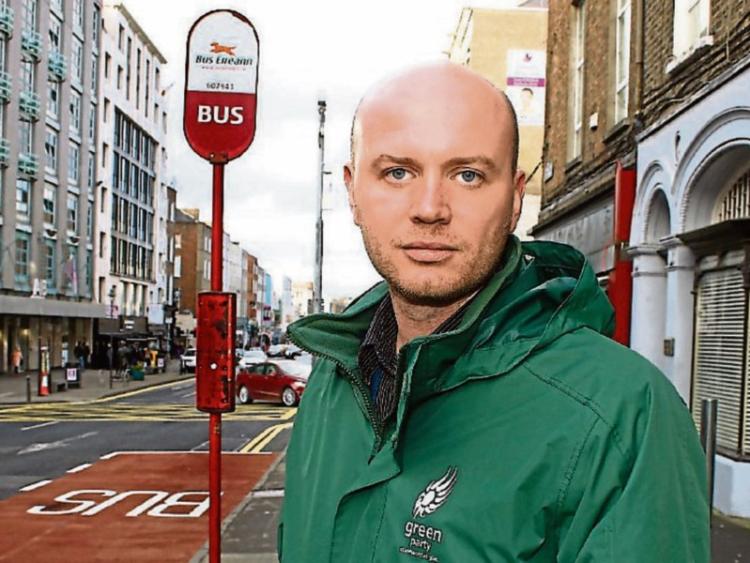 LIMERICK’s growing flooding crisis needs to be accounted for in the local authority’s new development plan for the city and county.

That is according to geoscientist and Mary Immaculate College lecturer, Breandan MacGabhann, who reckons there are no solutions to the problem that has been causing widespread heartbreak across communities in Limerick and Clare this week.

The natural carnage is the result of weeks of harsh events in the Mid-West, including three storms, numerous regimes of heavy rainfall, strong winds and high tides.

The situation was so severe, the army was called to assist the Castleconnell community with sandbags during the week.

However, dramatic episodes like this are now the “new normal”, according to Mr MacGabhann who teaches third level geography.

That is why, he opines, that recent flooding “needs to be accounted for in the new Limerick City and County Development Plan”.

“There’s been heavy rain over the past couple of weeks, but nothing you’d consider as a once in a decade or once in a century event. This is just the same winter storms that we’re seeing every year now – not even as bad as some in recent years. Our climate is getting worse and our winters are wetter now. This is just the new normal.”

He said the problem is that with the volume of rain, the water has to go somewhere. Previously, when water fell, it was soaked up by wetlands and forests and eventually making its way back into the river systems.

“Now, it’s going straight into the rivers, and it’s just too much water too quickly, so the rivers break their banks, causing flooding.”

“Dredging rivers as some have suggested won’t work – that’s treating a symptom, but not the underlying problem. Mud and silt builds up in rivers when they’re brought in, and they’re brought in by water during this kind of weather, so that’s just going to keep happening. What we need to do is stop the water getting to the rivers so quickly after rainfall.”

– that means planting more forestry and re-wetting bogs to slow the flow.”

He said that there is no magic solution for those in flood homes, and that by building walls, it will push the flood elsewhere and put other homes at risk.

“In the shorter term, we need new flood risk maps, and new rules to make sure that more people aren’t building homes on areas likely to flood. I can use the Sentinel satellite data to produce new flood risk maps, and I hope the Council will work with me to incorporate those into the new Limerick City and County development plan,” Mr McGabhann said.