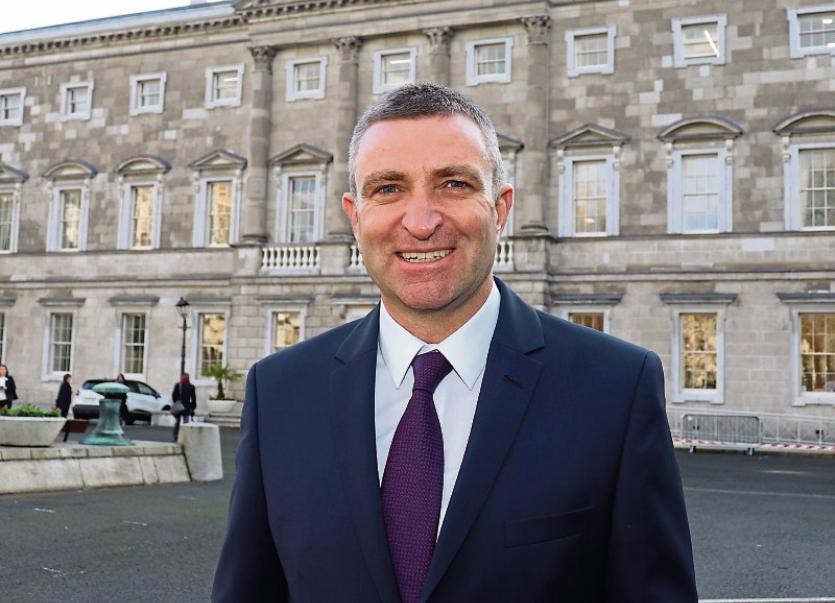 Deputy Niall Collins:  Confident a government can be formed to avoid a second election

WITH talks on a new government set to enter their third week, a high-profile Fianna Fail TD has urged the Social Democrats to “get real”.

Niall Collins has also said the party should stop “trying to find the quickest route into opposition”.

He was speaking out after the co-leaders of the Social Democrats – who now have six TDs – gave different views on their approach government.

“The Social Democrats are the biggest bunch of political frauds on the landsape. One co-leader has declared they won’t go into government, with the other half an hour later saying they will talk to Fianna Fail next week,” Mr Collins told the Limerick Leader.

“I think they need to get real and realise they have a mandate and they should exercise it on behalf of the people that voted for them,” he added.

Limerick’s only Social Democrats councillor Elisa O’Donovan hit back, saying her party’s leaders have been “quite clear”.

“They are willing to look at going into government, but on their own terms. I think that’s something that Catherine [Murphy] and Roisin [Shortall] have come across very strongly on,” she said.

Elsewhere, Brian Leddin spent this Tuesday and Wednesday as part of the Green Party’s negotiating team at Leinster House.

All 12 members were included in the talks with Limerick City’s newest member focused on transport, energy and climate action.

Sinn Fein were on the other side of the table Tuesday, and Fianna Fail on Wednesday.

“It’s great to be in demand,” Mr Leddin said. “It’s great to be doing something that may decide the future of the country. That’s why we do it. You don’t get into politics for any other reason other than to try and improve the country. Certainly from a Green Party point of view, we need to acknowledge climate change is not just a diversion – we need to find ways to tackle it. We can’t just stand on the sideline.”

He refused to go into the specifics of government make-up, saying: “We are nowhere near that yet. We are at the stage where we are having exploratory talks which will build up a mutual understanding. We’d certainly have an open mind as to who we would go in with. But ultimately if we do go in with anybody, it would only be if a very strong climate change agenda is agreed.”

Polltopping city TD Maurice Quinlivan, meanwhile, has said that it is time to stop referring to any alliance between Fine Gael and Fianna Fail as a “grand coalition”.

“They are not the two biggest parties anymore,” he said. “The election finished two weeks ago, and what was clear is people rejected Fine Gael. Any government which has Fine Gael in it is one that cannot be trusted.”

He said he doesn’t feel the election of a Fine Gael-Fianna Fail government will not lead to civil unrest though, with a protest set for Leinster House on Saturday, March 7.

Sinn Fein president Mary Lou McDonald has already distanced herself from this, however.

Mr Collins has played down talk of another elections, despite sources indicating that his party leader Micheal Martin saying another one cannot be ruled out in meetings with the Independent grouping.

However, he added: “There’s a long way to go on this yet.”

Dail Eireann will meet again next Thursday, where there is unlikely to be any decision on a new Taoiseach.

Mr Collins believes his own party leader will get the most votes this time though, as Independents will “get off the fence”, “as will the Green Party”.