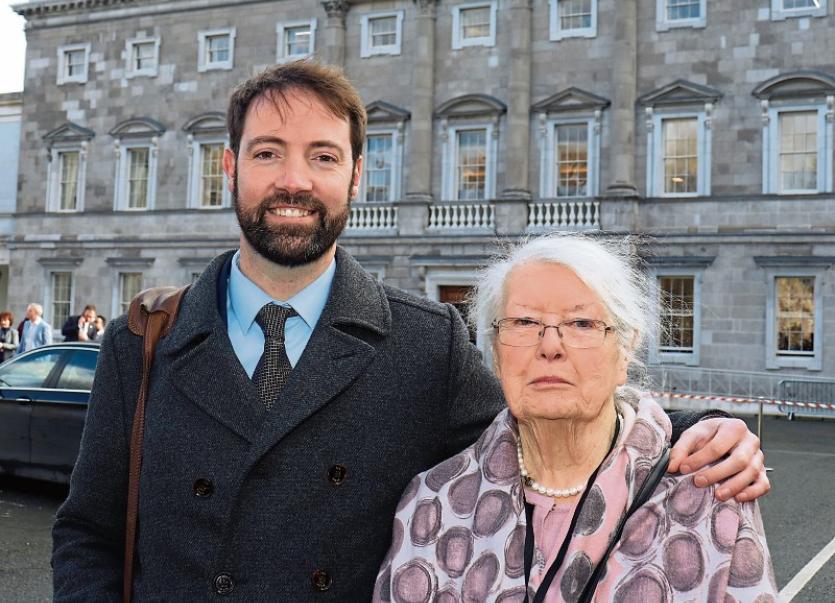 “IF you told me 12 months ago that I’d even be elected to the City Council, I’d be quite surprised”.

The reaction of the Green Party’s Brian Leddin on the plinth outside Leinster House, as he kicked off his first day as a Dail deputy.

It’s been a meteoric political rise for the Clancy’s Strand man from winning the second seat in Limerick City North to winning the fourth seat in Limerick City in the Dail – and joining 11 other Green Party TDs in the lower house. And such is his influence in Eamon Ryan’s party, he has been asked to take part in the early stages of negotiations in the hope of forming a programme for government.

“We are talking to all parties at the moment, and I’ve be quite involved in those talks myself. We are sitting down with Sinn Fein initially, then the other parties will follow on. In the early part of the talks, I’ll be involved in the climate issues and transport,” the 40-year-old said.

Mr Leddin arrived at the gates of Ireland’s seat of power with his mother Kathleen, a former Mayor of Limerick, his partner Ester, and a number of other supporters including his god-daughter and niece Roisin, 3, and niece Maeve, 7.

And in a sign of the new Green influence on the 33rd Dail, also present was Neasa Hourigan, who won a seat for the party in Dublin Central. Ms Hourigan hails from Limerick’s North Circular Road, and is the daughter of another former mayor, Michael Hourigan.

Polltopper Maurice Quinlivan was joined by wife Sue, as his Sinn Fein party entered en bloc through the gates after securing almost 25% of the votes – a record.

However, his old political adversary Willie O’Dea, who surrendered his crown to the Sinn Fein man said it would be “foolish” for the party to expect their hundreds of thousands of votes are staying with them.

“I’ve often fought in elections where the opposition, in many cases, Fine Gael, got 36% of the vote and were not in government – and didn’t claim they had a right to be, even though they had a higher first preference vote than Sinn Fein has,” he said.

No Taoiseach was elected, with four nominees failing to get the support required. The house will reconvene on March 5.