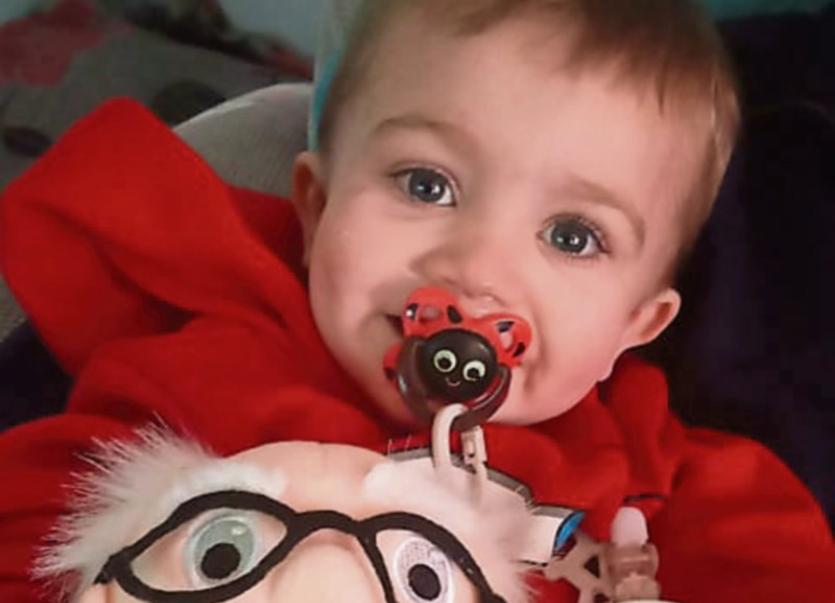 Noah Quish will be a guest of honour at the Aras

LIMERICK’S littlest Garda, Noah Quish, will be the guest of honour at Áras an Uachtaráin this Saturday, as he pays a visit to Michael D Higgins.

Noah will be one of a number of children who travel up to Dublin with Rare Ireland, a charity organisation for children with rare conditions and their families.

Going with Noah will be his mother Una, father John Joe and his sister Leah.

“It will be a great day out. It is part of Rare Ireland, there was a few picked to meet the president, and Noah was one of them. Everyone thinks I'm joking because I kept it quiet for ages. I knew the tickets were in the post, but I said I won’t believe until I see it,” said Una.

“I watched him on Tommy Tiernan and he has a great sense of humour. I wasn't expecting that. I think it is really nice for us anyway to host kind of a party for the kids. It's because it is rare disease day on February 29,” she added.

To get Una accustomed to Ireland’s head of state, Una has got a teddy of Michael D Higgins for Noah, with the teddy being christened Miggle D Giggles.

“Noah will just go with the flow. When he sees the dogs, I'm sure he will love it. I bought him a little Teddy. A Miggle D Giggles one, to get him used to seeing the president. I’m hoping Leah won’t call him Miggles above.”

Noah, who was born with a hole in his heart and has since been diagnosed with severe scoliosis, captured the hearts of Limerick when he was pictured in garda uniform at the Little Heart Warriors Day Out in May of last year.

The brave two-year-old, whose parents Una and John Joe are from Ballylanders, was welcomed to Henry Street by Chief Superintendent Gerry Roche and Supt Derek Smart.

It all began at the weekend when the charity – Little Hearts Warriors – had a get together in Shay Kinsella’s Dreamland.

Noah - who is battling serious illness and has had numerous life-saving surgeries - loves An Garda Siochana.

Previously, Una has described Noah as a “miracle”.

“He was diagnosed with a heart condition, severe obstructive laryngomalacia which is a blockage of the airway so it closed when he tried to breathe, severe sleep apnoea, rare chromosome deletion and now has scoliosis,” said Una.

He is still tube fed and on continuous positive airway pressure at night as there is a chance he wouldn’t wake up, said Una.

“He has a Jack and Jill nurse minding him once a week and had numerous nurses at home keeping an eye on him. He will have a full-body cast put on in a few weeks for his scoliosis and will have to have a peg inserted in a few months for feeding as he can’t eat,” said Una.