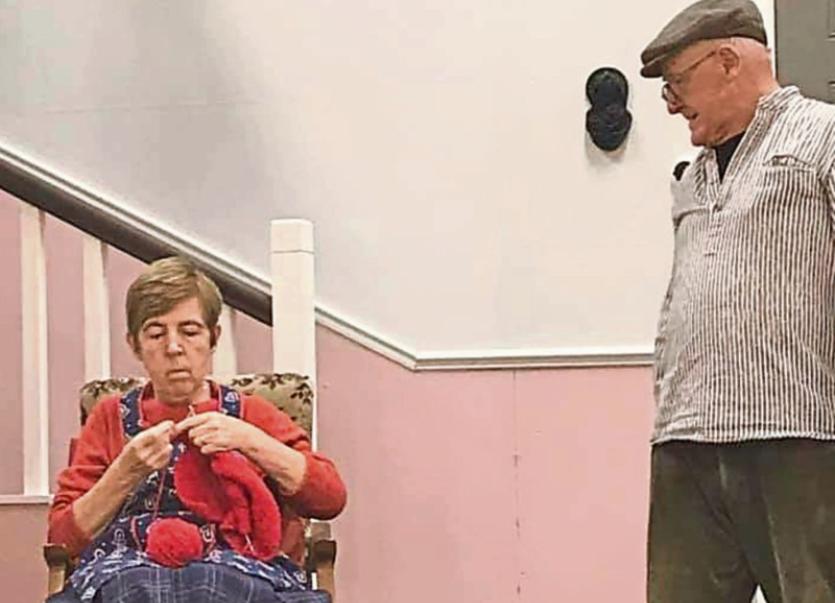 AFTER a three-year acting “rest”, the members of the Ardagh Drama Group are back in action and ready to face their audiences with their latest production.

“We said if we left it much longer, we wouldn’t do it at all, so we called a meeting and here we are,” said Maggie Enright, explaining their return to the stage. Maggie is one of the original members of the group which has been around for almost three decades, although her first role in their very first production was backstage.

Since then however she has earned accolades treading the boards and in the new production she is cast, once again, opposite another founding member, Ger Liston in Nobody’s Talking to Me.

Maggie and Ger play the couple Maggie and Mattie Conway who are about to mark a very special celebration.

However, as director Annette points out: “Not everyone is in a celebratory mood, not the couple themselves nor indeed their long suffering daughter, Josephine, nor Mattie’s sister, Minnie who lives with them.”

Into this moody household steps Andy, who has come courting Josephine while local curate Fr O’Toole has plans for another couple. It all makes for a lively evening.

“It is very funny,” Maggie Enright said, adding that a lot of it is a play on words.

The curtain went up on the play last weekend with performances on Thursday and Friday and with a special performance in memory of the late Davy Upton, Old Mill on Sunday night.

The curtain goes up each night at 8pm at Castlemahon Community Hall.