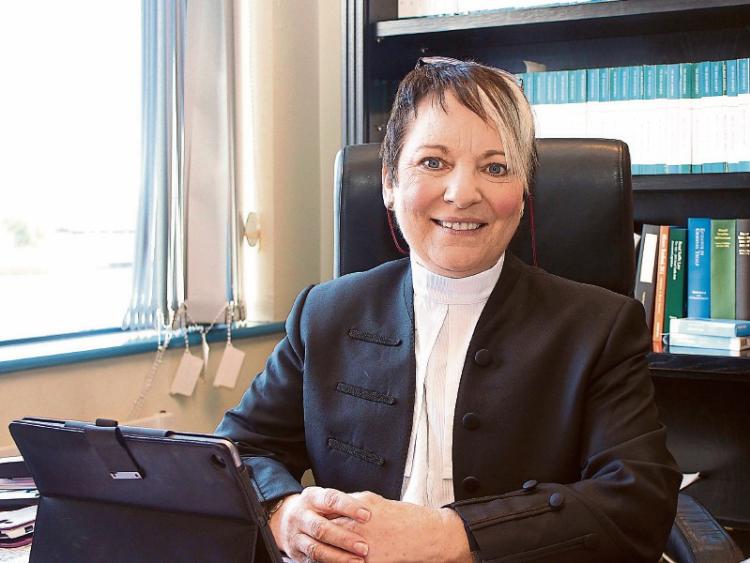 A JUDGE has ordered a Limerick pensioner to stop sending postcards and letters to a school after she was acquitted of harassing a teacher following a “desperate” bid to get back €20,000 she claimed she was owed for years.

Bride Ni Bheaglaoich, 68, who has an address in Dingle, County Kerry, appeared before Judge Marian O’Leary on January 16, accused of sending “ominous” Facebook messages to Emma Hurley and postcards to her school.

Ms Ni Bheaglaoich, a former teacher from Ballylanders, was also accused of sending a letter to Ms Hurley’s father, and emails to her mother, Marian Hurley, who at the time was a sitting Fine Gael councillor.

Emma Hurley is the wife of Ian Daniels, who owned architectural service, Absolute House Plans, with whom the defendant built a “professional relationship” following a trade event in 2010.

Ms Hurley was a director of the company, which dissolved in 2013, Limerick District Court was told during a lengthy five-hour hearing last month.

Their relationship “turned sour” after planning applications for properties in Tipperary and Kerry were “unsuccessful”.

A total of 64 emails went sent by the defendant to Mr Daniels to discuss various projects, the court was previously told. The alleged harassment took place between the first Facebook message to Ms Hurley on July 15, 2014 and the letter to her father, Brian Hurley, on September 28, 2017.

Solicitor Sarah Ryan had previously told the court that Mr Daniels “told lies” about carrying out work, and her clients were owed €22,400. The court heard that the defendant, who suffered with cancer, needed the money for “life-saving treatment”.

On three dates in April 2015, Ms Hurley received postcards at her primary school from the defendant, one of which had a “weird, kind of, sad face” and that they “should pay €22,400”.

On September 28, 2017, Ms Hurley’s father received a letter via registered post, which was the “catalyst” for the criminal complaint.

When questioned about it in cross-examination, she told the court she was “just looking for my money back”. Ms Ryan said that her client was in a “desperate situation”.

In finalising the matter last week, Judge Marian O’Leary said that Ms Ni Bheaglaoich had “made a complaint but this complaint fell on deaf ears”.

Judge O’Leary said Ms Hurley “wanted to distance herself” from the business, which she said was “neither fair nor lawful” as a director.

“She should have resigned if Ms Hurley didn’t want anything to do with the company.”

Judge O’Leary said that the defendant’s approach was “reasonable, save for the postcards” but the latter did not reach the threshold within the act for harassment. Dismissing the case, the judge ordered that there be no more correspondence from the defendant and her husband Graham Woodcock to Ms Hurley’s place of work.