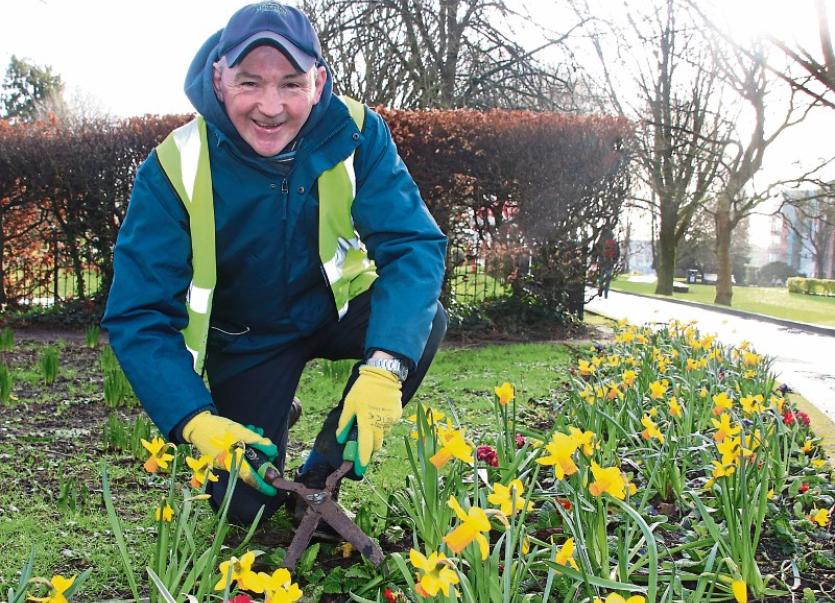 IT APPEARS spring has well and truly sprung in parts of Limerick, with People’s Park in the city producing hundreds of vibrant yellow daffodils.

“Oh there’s a great display,” said the park’s superintendent Michael Sheehan, “we planted thousands of daffodil bulbs in October, both the normal and mini varieties.

“They’re definitely blooming earlier in recent years than they would have in the past,” he added, “usual flowering season now for daffodils are between February and April, but it gets slightly earlier every year now it seems.”

Limerick City and County Council are also promoting the planting of pollinator-friendly varieties of all flowers in the park.

The Limerick Leader’s gardening columnist James Vaughan said that the variety pictured right is the Jetfire, a resilient type of daffodil with shorter stems that can withstand high winds that were first planted roughly 20 years ago in the park.

“This isn’t affected by global warming,” he continued, “the bulbs are very reactive to the warming of the soil, and the soil temperature is currently one degree warmer than average at seven degrees so it essentially triggered their growth.

“However, this doesn’t mean they will bloom even earlier next year, it doesn't carry on. There are varieties of bulbs that can be bought that do flower earlier on, some even as early as January,” he added.