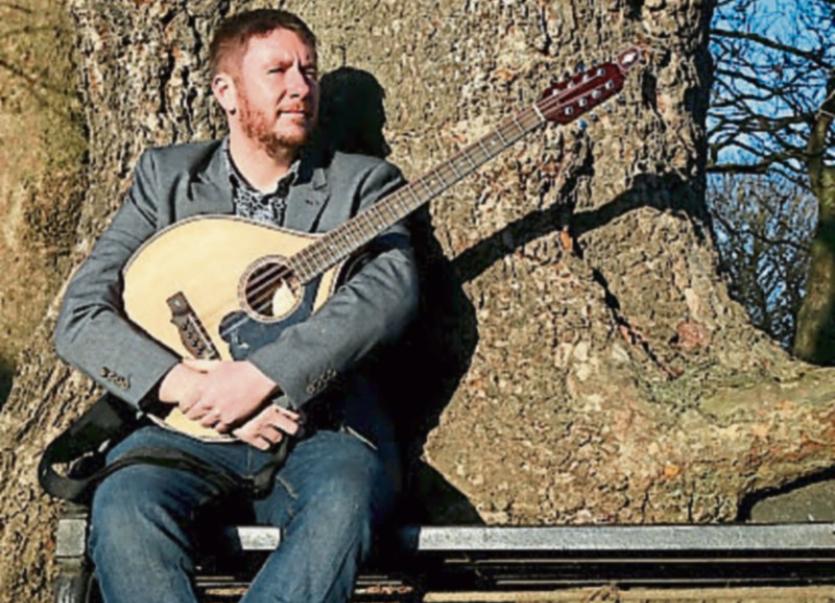 FOLK singer Daoirí Farrell, who has earned his stripes accompanying all the greats in Irish music, is about to make his début at Glórach, Abbeyfeale’s community-run theatre.

Armed with a bouzouki and an incredible voice, Daoirí Farrell comes to the Glórach for one night only on Friday, February 21.

“While we can't predict whether we will have a government at that stage, we are supremely confident of a memorable night of music,” said Lorcan Curtin, PRO for the Glórach venue.

Farrell, he explained, trained as an electrician but  decided to take the plunge and become a musician after seeing  Christy Moore perform on TV.

“It was an inspired decision, with Farrell going on to accompany the Kildare singer at various concerts,” Lorcan went on, adding that Moore described Farrell as  "always a treat" to listen to.

“After releasing his debut album, First Turn in 2009, Farrell immersed himself in Irish Folk and Trad music at different colleges throughout Ireland, including a spell in the University of Limerick, where Fintan Vallely introduced him to the singing of the late Liam Weldon,” Lorcan continued.

His rendition of The Valley of Knockanure will make him an especially welcome visitor to Abbeyfeale.