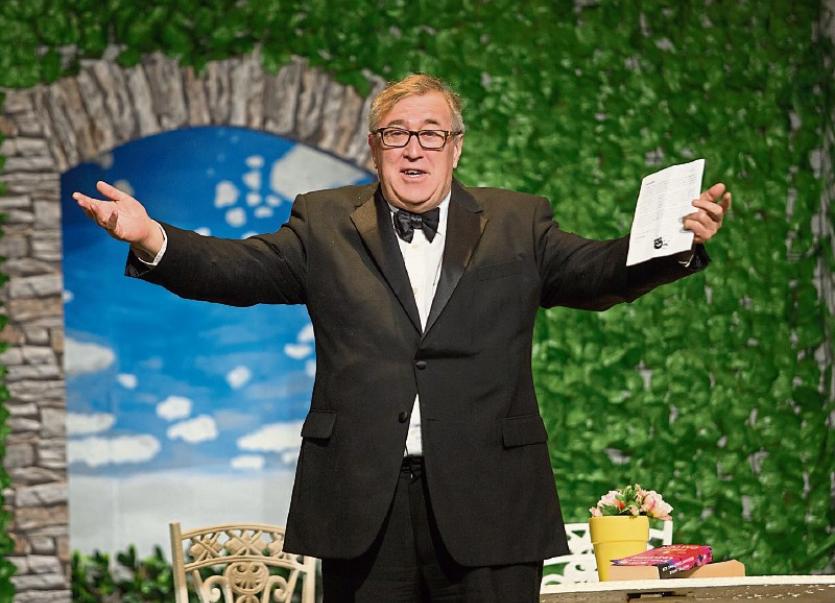 THE search for drama at the weekend took several hundred people, not to the election count at Limerick Racecourse, but to Knockaderry where the West Limerick Drama Festival was taking place.

But Gerry Stembridge, writer and director, could not pass up the chance for a political comparison when talking about his role as guest adjudicator at the festival.

“I am tough on the directors and I am gentle on the actors” he explained.”I am a director myself, and It is a bit like being Taoiseach. You are in charge. If your backbenchers do something, at the end of the day it is the leader’s responsibility.”

“If you have an actor not pulling his or her weight, who is maybe a bit late with the cues or not getting in there, you might call him the Dara Murphy of the cast. You can blame Dara Murphy but you also blame the Taoiseach for not getting it right.”

But the Limerick man was hugely enthusiastic about amateur drama.

Read also: Bursary for classical singers from Limerick is launched

“It is a tradition, It is something that was a vital part of life in rural parts of Ireland 60 years ago,” he said. “That tradition has continued. What is amazing is that they have been able to continue that tradition.”

The only problem I am hearing is that the groups are finding it harder to attract younger people,” he continued. “That is not so much because they are not interested but they tend to be away at college and if they are involved, they get involved with college drama groups.”

Although still very much associated in Limerick eyes with Scrap Saturday (“That was 30 years ago!”), Gerry Stembridge has a long record of writing and film making.

He is the author of four novels and several plays, many of which have been produced at the Abbey and in the Projects Arts Centre. He is also a screenwriter and has a distinguished record as a director, with films such as Guiltrip and About Adam under his belt.

Scrap Saturday, he said, was a “mixed blessing”. He got a great deal of profile and subsequent work from it, he said. But, he added: “Time moves on. It was a thing of its time. It is great to have gotten out before it went downhill.”

The life of a writer, he continued, is a” frustrating” one. “You have to constantly make new work and find new work,” he explained. But for him, one of the benefits was he doesn’t have to do the same thing every day at the same time.

Over the three nights of the West Limerick Drama Festival, Gerry Stembridge demonstrated his versatility and professionalism by providing excellent critiques of the three plays performed, praising, pinpointing faults and providing advice in almost equal measure.

For the home team of Knockaderry Clouncagh Drama Group, it proved to be a weekend of firsts. They won the lion’s share of the plaudits and awards for their production of Entertaining Angels by Richard Everett, and scooped six awards including the coveted best director for Monica Daly, who making her debut in this role. The best actress award went to Mary Geaney who put in an extraordinary performance in the lead role and who was also a very popular winner.

The Best Actor and Best Supporting Actor awards went to The Carnavour Players from Ballinvreena while Paula Hanley from the New Hope Theatre in Limerick won best actress in their production of For Better or Worse.

The festival ran for just one weekend this year, instead of the usual two but festival chairman, Pat Geaney said they were happy with the outcome. “We had good numbers every night,” he said.