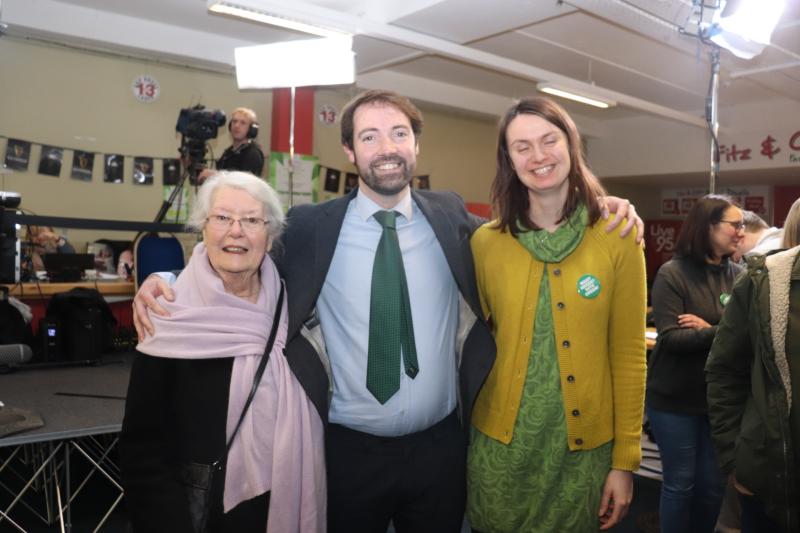 BRIAN LEDDIN has made history by becoming Limerick's first ever Green Party TD, after he was elected to Dail Eireann on the ninth and final count in the Limerick City constituency.

Leddin, who became Limerick's first elected Green Party councillor in May 2019, was in a head-to-head clash with fellow northsider Cllr Frankie Daly from the very beginning of the race.

But it was not until the eighth count when Leddin overlapped Cllr Daly, thanks to transfers from the eliminated Senator Maria Byrne this Monday morning.

Before the official announcement, Cllr Frankie Daly approached Leddin with a handshake and a hug, as the day came to a close.

It appears Cllr Frankie Daly has conceded with a handshake and a hug with the @greenparty_ie’s Brian Leddin. Another historic election #GE2020 #LimerickDecides pic.twitter.com/aP8iMwqlIG

With Labour's Jan O'Sullivan elimination from the race, leaving Limerick with no female TD, her transfers gave Leddin an additional 2,351 votes to see him beat his rival with a total of 8,207

The independent councillor finished the race, ending his campaign in a tight fifth place, with 6,720 votes.

Deputy Leddin joins Kieran O'Donnell, Willie O'Dea and Maurice Quinlivan in the Dail in the Limerick City constituency. His election concludes the 30-hour count in Limerick.