Limerick documentary about Knock shown to the Pope 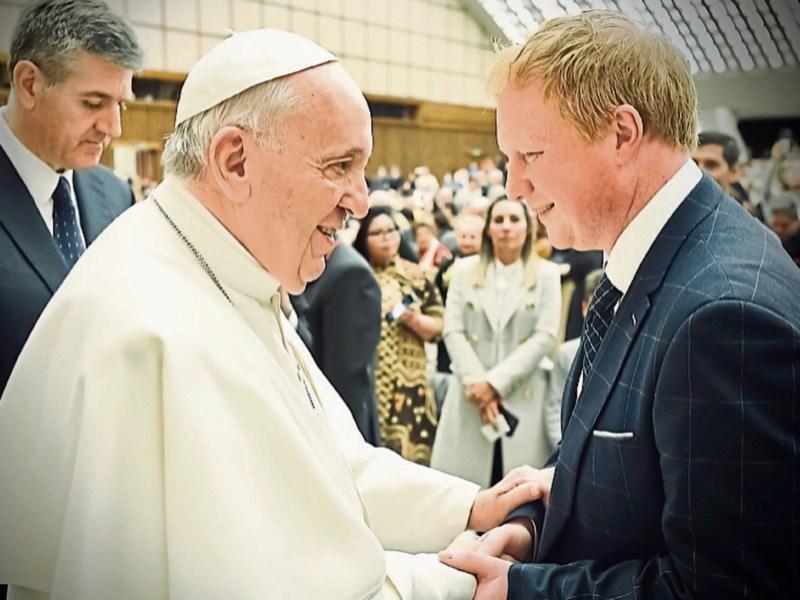 Aidan said the pope has a particular affection for Knock

A LIMERICK charity has said they are “honoured” to have presented their film to Pope Francis this week.

The film about Knock was directed and produced by Eternal Word Television Network (EWTN) Ireland, who have their headquarters in Limerick, for broadcast worldwide.

It was presented this week to Pope Francis in Rome. The historic presentation followed a screening of the film in the Vatican’s private Filmoteca Cinema.

The docudrama, Hope, documents the 1879 Apparition at Knock, Ireland’s national shrine. The film is the latest major television production by EWTN Ireland.

“We want to put Our Lady, our Blessed Mother, front of stage for the Irish people and the world as a beacon of hope. We want this film to be a message for people that there is hope.” Aidan Gallagher, CEO of EWTN Ireland.

The production, which was filmed entirely on location in Ireland, had its first screening on Monday, January 27.

The film was written, produced and directed for the global Catholic network EWTN by Campbell Miller.

Mr Gallagher added: “When Mary appeared at Knock in 1879, she brought light and hope to the Irish people, and she did so at a time of great darkness.”

Campbell Miller said: “It is an incredible honour for EWTN Ireland to have the opportunity to meet the Holy Father and present him with the film. Having visited Knock during his visit to Ireland, he has a particular affection for our national Shrine.”

In 2018 the director’s last feature Bravery Under Fire, the Life of Fr Willie Doyle, was also screened in the Vatican, where Mr Miller also presented a copy of his film to His Holiness Pope Francis.