A ‘ding-dong battle’ for final seat in Limerick City 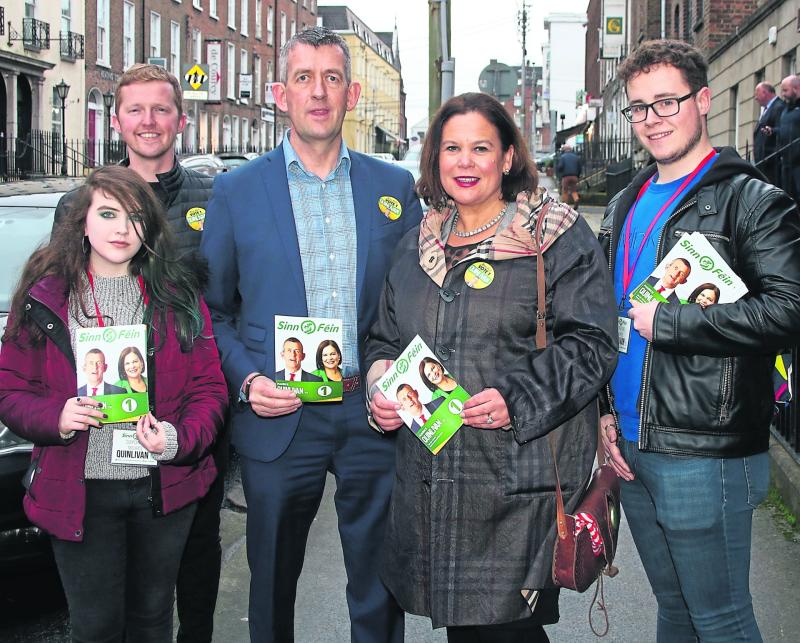 AS city voters prepare to go to the polls this Saturday, it looks like five candidates will slug it out for the fourth and final seat.

The Limerick city constituency is shaping up to be a key battleground in the race for the 33rd Dail, and only a small number of votes may end up separating those who are elected – and those who miss out.

But most agree that the destination of the final seat remains far from certain just hours from election day, with Labour’s Jan O’Sullivan, Cllr James Collins, Fianna Fail, the Green Party member Brian Leddin, and FineGael Senator Maria Byrne all in with chances.

There have also been predictions in some quarters that high-profile Independent councillor Frankie Daly could spring a surprise and take a seat in Limerick City.

With Fianna Fail’s Mr O’Dea predicting the final seat to be a “ding-dong battle royale”, party canvassers are expected to step up their efforts to convince wavering voters to back their candidate. The big two parties brought their leaders to the city this week.

The story of the week has been the Sinn Fein surge in the opinion polls, which if reflected come Saturday, could put the Republic of Ireland on course for a government involving the party for the first time in 100 years.

The odds on a Sinn Fein/Fianna Fail coalition have been shortened to just 7/2, according to bookmakers.

He said he believes Fianna Fail’s opposition to a Sinn Fein coalition will change.

“I know an awful lot of backbench Fianna Fail TDs, I’d talk to them a lot in the Dail, and they’d have no problem whatsoever being in a coalition with Sinn Fein.”

But Mr Quinlivan said his own preference would be for a government not involving Fianna Fail or Fine Gael.

“I think this is possible when you look at the candidates that are running,” he said, “Anyone who wants to talk to Sinn Fein after the election, they have Mary-Lou’s number. Give her a buzz, we are happy to sit down with anybody. But unlike the Labour party, we will deliver a republican manifesto.”

Mr O’Dea said he is not seeing the Sinn Fein surge borne out on the doorsteps, however.

“Strange things happen at elections, things can often change in the last few days. But the national increase for Sinn Fein, I’ve not seen it on the ground in Limerick,” he said.

In a separate development, Cllr Daly has received a boost after it was revealed two of Limerick’s All-Ireland winning hurlers are pledging their support to him.

Na Piarsaigh’s Shane Dowling took to the social network Instagram to share a picture of himself, his clubmate Peter Casey, and Cllr Daly.

In a separate message, Dowling urged his followers: “Vote number one” for Cllr Daly and “get him up to that Dail”.

The Annacotty woman says she wants to see Labour in government due to the support the party has given her over the last 18 months, in particular Tipperary TD Alan Kelly.

In a video posted to the social network Facebook by Ms Byrne, Mr Noonan said: “If there is a vacuum left by my retirement, then it is a vacuum that Maria is ready to fill.”

Elsewhere, the National Party candidate Rebecca Barrett has reported Solidarity-People Before Profit’s Mary Cahillane to the gardai, after she quoted a passage from a Leon Trotsky novel on social media, suggesting that an act of personal violence be committed against her.

Twelve candidates are running in the city, with counting set to begin on Sunday morning at the Limerick Racecourse.