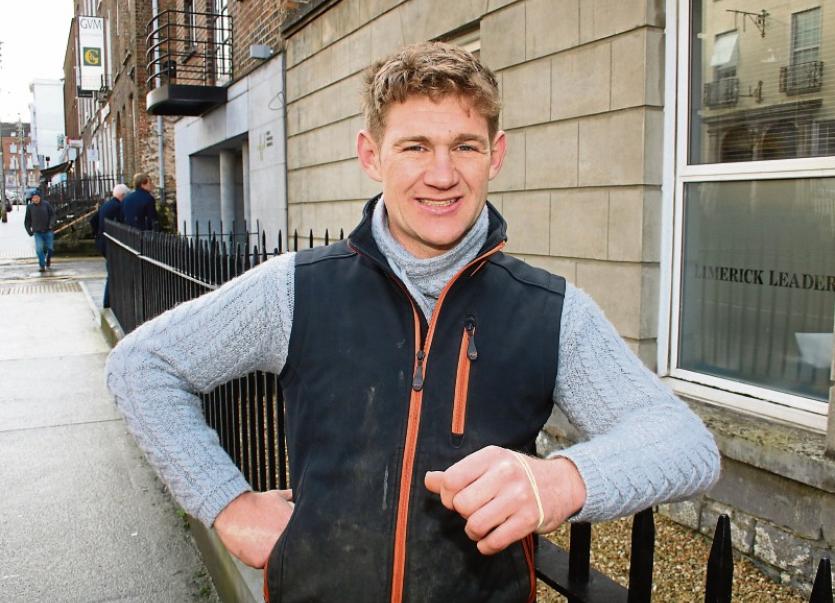 Rob O'Donnell from Pallasgreen is running as an Independent in Limerick county. His namesake is going for the Greens in Tipperary

TWO candidates with the same name, and from the same village are running in neighbouring constituencies.

And 23-year-old Robert O’Donnell is flying the Green Party flag just over the border in Tipperary.

To add to the fun, another Pallasgreen man, Michael Ryan is seeking election for Aontu in Limerick City. Are you keeping up?

While the pair are not related, both O’Donnell election hopefuls have made local and national headlines in recent weeks.

The Green Party’s Rob made use of mobile dating application Tinder in the hope of securing votes.

Meanwhile, Independent Rob, currently a student, played the majority of a match for his club side Pallasgreen barefoot. More incredibly still, he scored 1-11.

He declared his candidacy only hours before the close of nominations last week, having received encouragement to run from former Fianna Fail TD Eddie Wade.

“I feel I am a born leader, someone with common sense. Eddie asked me to go for the local election, but I didn’t feel  it was the right time. It feels right now,” he told the Limerick Leader, “My biggest policy is truth and justice.”

The 28-year-old, who has travelled to central America in the past, added: “I can honestly say from looking at the people of Ireland and talking to the people of Ireland for the past few years that the spirit has gone out of them. There is a great depression here at the moment. The life is being sucked out of people – they are being hit with taxes. Equality to me is everyone paying the same tax, everyone getting treated fairly, and everyone getting a fair opportunity in life.”

He said, however, if elected, he would take a tough stance on crime.

Asked about his barefoot antics, in the East Limerick Brian Butler Cup semi-final against Ballybricken-Bohermore, the Independent candidate said he was struck when volunteering in Haiti to see youngsters playing soccer without shoes.

“I wanted to bring that into my own life. I started studying about how you reconnect your energy into the body, and by touching the earth, it’s a magnetic field. I had a brainwave to do it in a game. You run a lot faster with no shoes on,” he claimed.

The Pallasgreen full-forward said he would bring many qualities to Dail Eireann.

“I’m kind, compassionate and empathetic, but I’m also shrewd. I’d say something if you need to hear it. Honest conversation is what’s needed,” he said.​

Independent Rob says he does not know of any relation to Green Party Rob.​

“We didn’t take the soup,” he said. “There are perhaps blood relations somewhere.”

With just days to go to Election 2020, campaigning in the Limerick constituency is hotting up.

In the county, bookmakers believe Fianna Fail’s Niall Collins will be elected. He is unbackable with odds of 1/33.

Paddy Power also believe Fine Gael’s Tom Neville and Patrick O’Donovan will take the final two seats, with only fractions between them in the betting.

There has been significant gamble on independent Richard O'Donoghue who is currently as short as 4/1.

A spokesperson for the bookmaker said 72% of wagers in Limerick are on the former Fianna Fail man.

The Newcastle West-based member admitted he might put €50 down on himself.