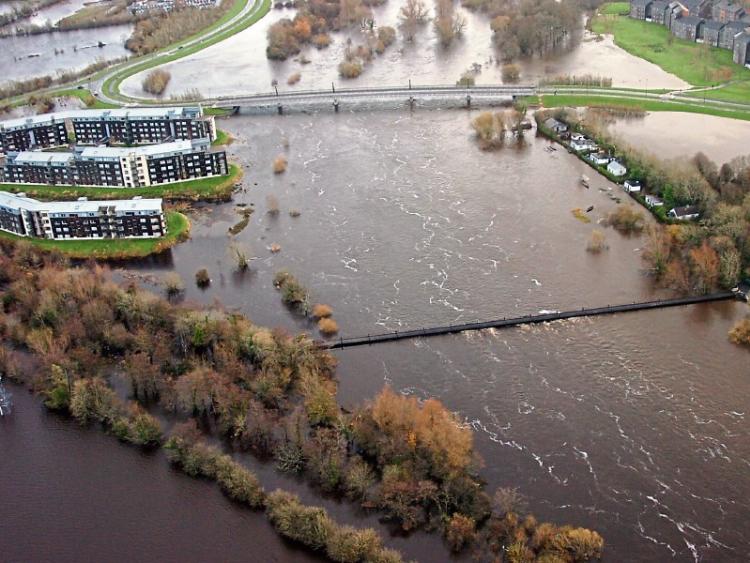 THE Black Bridge at the University of Limerick could be set to reopen after more than a decade.

The landmark river crossing was closed for safety reasons following the storms which caused severe flooding in the Castletroy and Castleconnell area back in 2009.

Now, Limerick Council has put in place a working group to explore the re-opening of the bridge, and include it as part of a riverside greenway linking the city to the Clare village of Scariff.

However, this is complicated by the fact that due to essential safety repairs, it could cost up to €1m to fully re-open it.

Despite this, the move has been welcomed by Labour general election candidate Jan O’Sullivan, but she wants more certainty on the proposal.

“I would go further and say that the black bridge must be included as part of any greenway linking Limerick to East Clare,” she said, “I am calling on all political representatives on Limerick and Clare Council and Oireachtas members to engage with the working group to ensure that the black bridge is included in this proposed greenway.”

She pointed out the bridge is popular to many who walk the Canal Bank, as well as fishermen.

“We know the bridge requires significant investment of more than €1m and including it in the greenway would allow the project to apply for funding under the new government’s new dedicated stream of funding for greenways,” she said, “The funding would allow for a feasibility study, design work and necessary environmental and planning assessments which could and should include the black bridge.”

Ms O'Sullivan is asking Limerick’s three Labour councillors – including Elena Secas who lives nearby – to lay down a motion at the next meeting to apply for funding for a Limerick to Scariff greenway, incorporating the Black Bridge.

Crucially, she said this must not need matching funding from the local authority. In 2015, City East members sought to have the bridge re-opened using devolved funding.