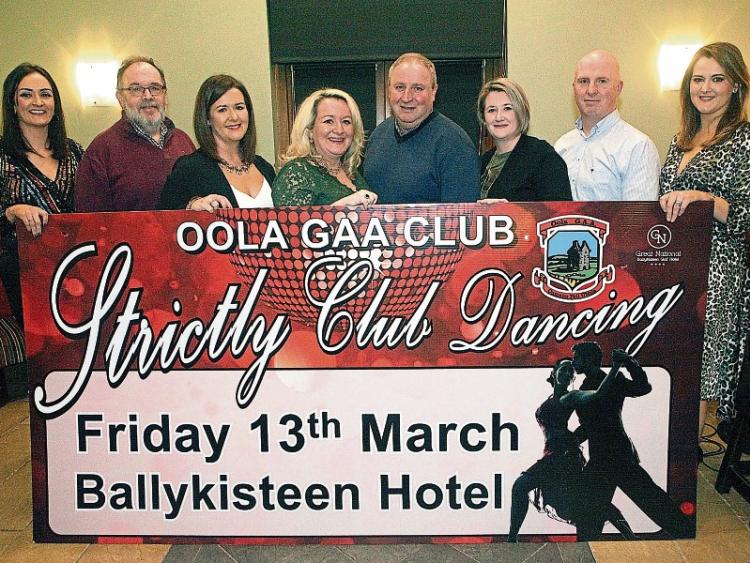 But his sister, Treasa Ryan, is working equally as hard to improve the mental and physical wellbeing of current and future Limerick GAA players.

Treasa is married to former Limerick and Oola footballer Derek Ryan. She is Oola GAA’s mental health and wellbeing officer and is spearheading their upcoming Strictly Club Dancing night on Friday, March 13 in the Ballykisteen Hotel. It was launched in Hogan’s on Saturday night.

Treasa said they are continuing the community spirit that was sparked by Oola GAA’s journey to the county final last year.

“The atmosphere and spirit was brilliant. Now we felt the time was right to do this. We have 16 couples. They range in age from 16 to 60s. They are from gaelic for mothers and others, underage teams, senior men and ladies – it’s a brilliant mix. I don’t think if we hand picked them we could have picked a nicer group,” said Treasa. All monies raised will fund ongoing development of Oola GAA’s playing facilities. There is also a plan to build a small stand.

“We came away having learnt so much more than we could ever have hoped. We felt so enthusiastic, so ambitious, so determined and so driven. We felt compelled to do something on behalf of Oola GAA.”

Another reason Treasa wanted to roll her sleeves up is because she has been made feel so welcome since she came to Oola. Coincidentally of the five ladies on the Strictly Club Dancing organising committee only one is from Oola, Marie O’Donnell. Linda Breen, Sarah Downey and Noelle Bourke are all Tipperary ladies while Treasa is Cork. The committee is completed by Pius O’Grady and Michael Ryan “Bob”.  Four mystery judges include stars of stage and screen and multiple All-Ireland winners.

“I want to thank ​Oola GAA for allowing this  opportunity, the sixteen couples, our main sponsor Heart ER and all our sponsors, the committee and Ballykisteen Hotel,” said Treasa. Heart ER is owned by John and Kathy Conroy, uncle and aunt of Oola’s most famous son, Darragh O’Donovan.

On behalf of Oola GAA Club, Pius O’Grady echoed Treasa’s words and thanked her for all her hard work. He also thanked Deputy Tom Neville, who helped with their successful sports capital grant, and Cllr Martin Ryan who attended the launch. Tickets, €20, available now.