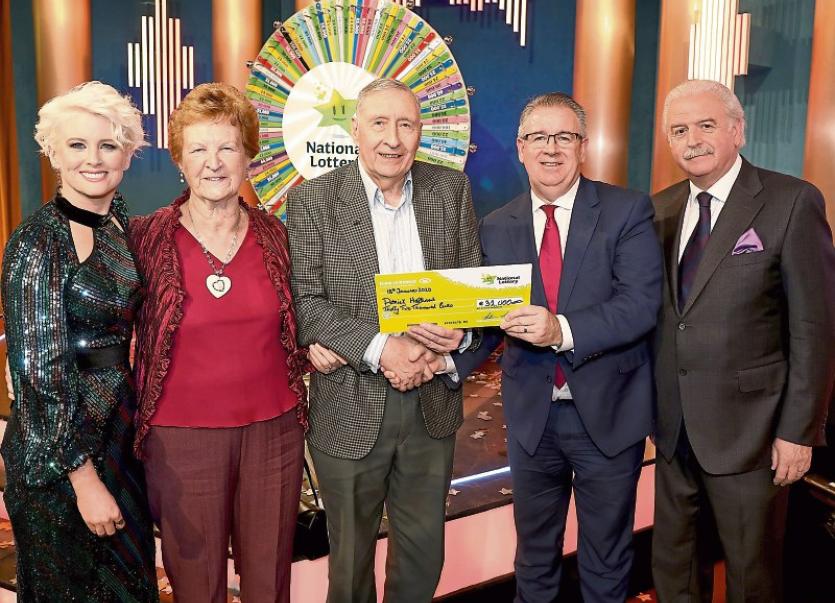 PATRICK  Hallinan may not have won the top, €500,000 prize on last Saturday’s Winning Streak last Saturday, but the retired firefighter was more than pleased to be bringing  home a cash haul of €37,000.

Happily for the man from Athlacca, now living in Newcastle West, his chance to go on the show  coincided with another of his passions, Limerick GAA.

On the show, Patrick explained that  he rarely misses Winning Streak but when it clashed with the Limerick GAA matches the Saturday before, he opted to miss the programme, instead listening to the games on radio in the kitchen.

Read also: Call for volunteers as ‘Pulse’ of Daffodil Day in Limerick steps down

When Patrick’s name was pulled out of the drum, his wife Mary was in the living room watching Winning Streak but she ran into the kitchen to give him the news. They had to wait until the end of the show to be certain of Patrick’s good luck.

Meanwhile,  the couple’s phones were ringing like mad with friends, family and even the local councillor calling to congratulate him.

Patrick left Athlacca as a young lad and spent the vast majority of his working life in the UK, where he met Mary. They settled in Newcastle West when he retired where he enjoys gardening and where he and Mary are members of  the  Arra Friends Active Retirement group.