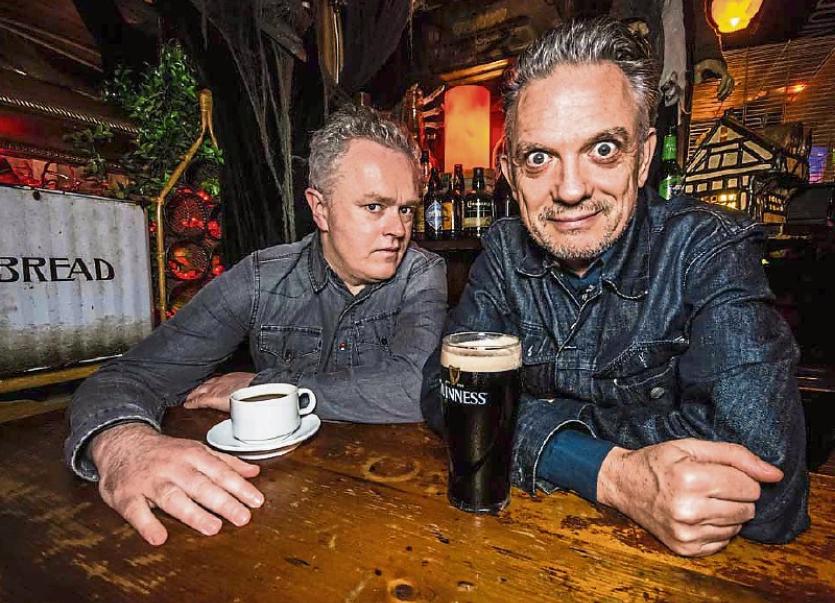 WE all need a good laugh this time of year and Cappamore GAA has come up with a novel fundraiser.

Eoin O'Malley, PRO of the club which is going from strength to strength, said they are hosting their first ever comedy club in Hayes' of Cappamore.

“It's a social night dreamt up by the recently amalgamated Cappamore GAA and Camogie Clubs and hopefully it will be the first of many to come.

“The line-up is something more akin to Vicar Street in Dublin. We have local favourite John Caplis as MC and he will be joined by the stars of Father Ted, Joe Rooney and Patrick McDonnell,” said Eoin.

It takes place at 8pm on Saturday, February 1. All funds raised will go straight back into Cappamore GAA.

The duo played the iconic roles of Fr Damo and Eoin McLove in episodes of Father Ted that have been watched countless times.

The renowned stand-up comedians have  a unique take on Irish society. Between them they have written and appeared in some of the most popular TV comedies of the last ten years - Naked Camera, Killinascully and The Savage Eye.

They have been making online waves recently with their Joe and Pat sketches and have adapted some of these sketches for an exciting new live show.

They will be joined by local comedian John Caplis, formerly a secondary school teacher in Doon. John will be as big a draw as Joe and Patrick.

John says a lot of his stories would have been little anecdotes from his day job.

“A friend of mine said, ‘why don’t you knit all of those stories into a sequence and do a show about teaching?’ I put together a rough show in the summer time and I ended up with an hour of material,” said John.

Eoin said it promises to be a great night in the very comfortable surroundings of Hayes' seated function room. There is a bar available and doors open at 8pm on Saturday, February 1.

Tickets are already online with limited availability. See www.cappamoregaa.ie to secure you ticket at €15 each. There is a free draw on the night for dinner for two in the Eibhle Restaurant, Cappamore.