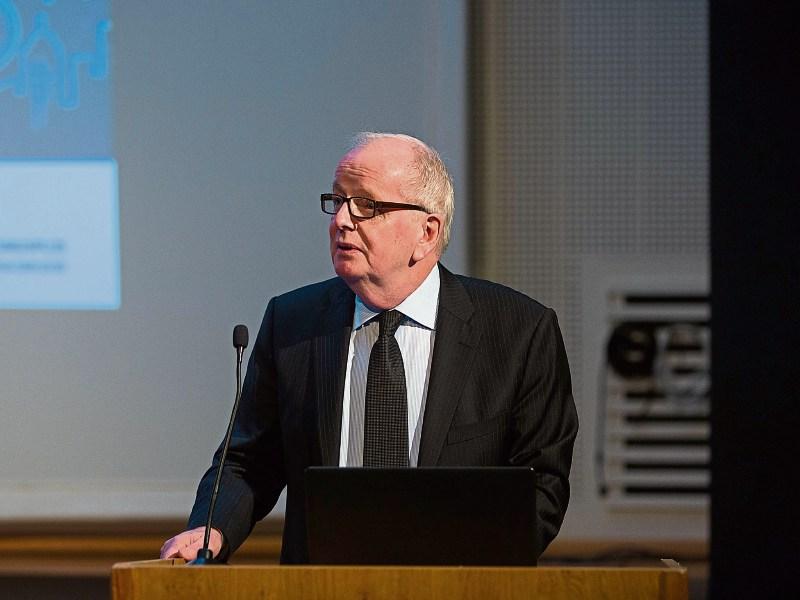 AS THE country prepares for a general election, University of Limerick President Dr Des Fitzgerald has said there is a need to “clearly hear from the political parties as to what will be done to make third level funding a national priority”.

Speaking to hundreds of students at the start of UL’s Winter Conferring ceremonies this Monday, Dr Fitzgerald warned: “The primary mission of higher education is to mobilise knowledge for the benefits of society and any further delay in addressing the challenges facing our universities puts at risk the quality of our higher education system – a system that is already showing severe strain.

“Let’s be honest our universities are good, but not good enough. To quote, we face a fate of competent inconsequence, an artful execution of not much, instead of the innovation and excellence that Irish universities are known for,” he said in his speech at UL.

Close to 1,800 students are graduating from 180 programmes across five ceremonies during Winter Conferring at University of Limerick this week.

Citing a sharp fall for Irish universities in global education rankings, Dr Fitzgerald told the gathered audience of students and their families that this “decline has corresponded with the fall in government support.

“A fall of 43% in fee income, a fall in support for fundamental research, the near abolition of capital investment - and underlying all of this, a devaluing of scholarship for its own sake," he said.

“Be clear, other countries are seizing the opportunities, such as Great Britain, which has committed to doubling its research budget in the years to come.

“There are it has to be said key competing priorities for the state – housing and health and the creation of six new Technical Universities in higher education. But the investment in the success of our universities, in learning, in research, in providing future generations with the principles and knowledge that will allow them to build their future is critical for individuals and for societal success.

“These are among the key issues as we take to the polls but before that, I hope that we will hear clearly from the political parties that they are making third-level funding a national priority, that they will invest in and not forget UL, barely 50 years of age.

“The Government’s own Cassells Report, citing a crisis in the sector, called for investment in national ambition and identified the critical funding challenge facing Higher Education.

“Four years on, the crisis is just as great as the stark fact remains that core funding provided by the State is falling.

“The independent Oireachtas Parliamentary Budget Office recently described Higher Education as ‘a cornerstone of the Irish Economy, but it is under significant financial pressure and with an unsustainable funding model’.

“This is a national issue that must be addressed. Ireland’s talent and knowledge allow us to compete globally and our higher education system is the primary incubator for that talent.

“Irish universities have appealed to the next Government to commit to sustained investment in higher education until a longer-term funding model is agreed.

“Ultimately all this reflects the fundamental objective to provide the graduates here today with the principles and knowledge that will allow them to build their future.

“I believe that a degree from UL has equipped you for that future, for an ambitious and successful life, it has schooled you in critical thinking and in the values that will help guide you.

“For all of you, the opportunity and the responsibility is the same; live your best life. Be the best example you can be,” Dr Fitzgerald told the graduating students.