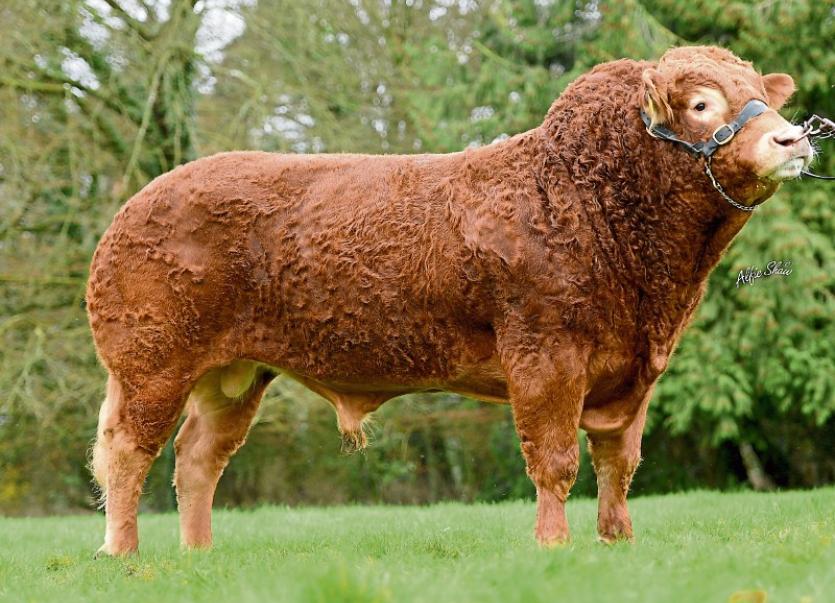 LIMOUSIN bull Elderberry Galahad who has over €1 million in semen sales for Dovea Genetics featured on the recent RTÉ documentary One Day: Keeping Ireland Company.

He has proven to be the Limousin sire of the decade fathering around 50,000 calves nationwide. Straws of his semen have been sold to countries like Spain and Italy and as far away as Malaysia.

When Kilmallock’s John Lynch took on the role of beef programme manager in Dovea, Elderberry Galahad was one of the first bulls he purchased.

The bull, who is in his ninth year, has spent over seven of those residing in high class accommodation in Thurles.

He is highly regarded in the Limousin breed for calving ease and quality.

And is a firm favourite in Dovea due to his laid-back attitude.

Read also: Calving cancels ‘out of this world’ meeting for Limerick brothers