Calving cancels ‘out of this world’ meeting for Limerick brothers 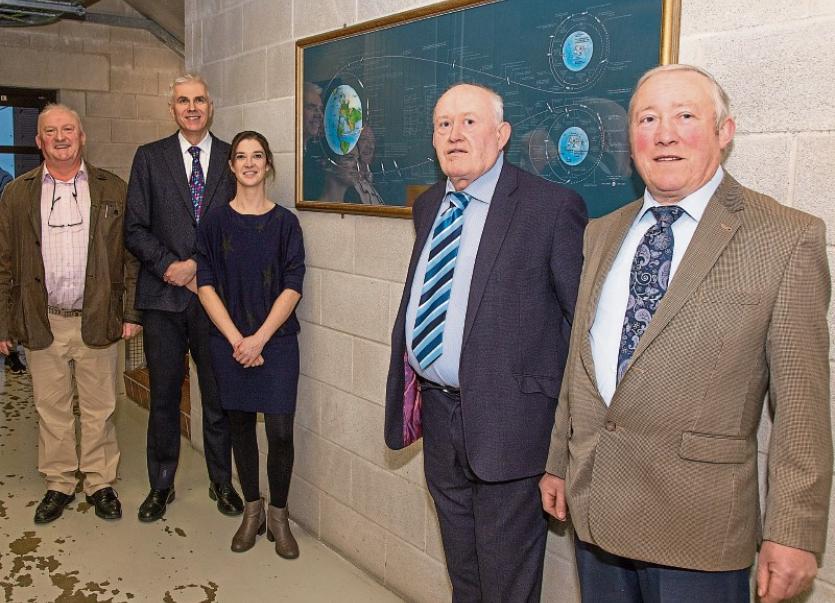 THE three McCarthy brothers from Feenagh, Karl, Martin and Conor have shared a life-long interest in all things to do with space and space exploration but the first landing on the moon, in July, 1969, has always held a particular fascination for them.

Now, the brothers have made their own contribution to further understanding of this field by donating a NASA tutorial exhibit about Apollo spacecraft journeys to the University of Limerick.

Conor McCarthy, who works as an aircraft maintenance engineer with Aer Lingus, acquired the six foot by two foot “tutorial exhibit” on a visit to NASA, the headquarters of space exploration in the US.

“It contains writing and diagrams and explains the Apollo missions from beginning to end,” Conor explained in advance of the unveiling which took place in the Aeronautical Engineering department in UL this Monday.

The 1960s were a tremendously exciting time for space exploration, Conor pointed out. And the world was agog when Apollo 11 succeeded in landing two men on the moon on July 20, 1969: Neil Armstrong and Buzz Aldrin.

In the McCarthy household, as well as in millions of households around the world, the event generated huge excitement. “I remember being young and looking at the moon and thinking there are men up there tonight,” Conor said.

But it was Conor’s brother Karl who was particularly smitten, creating his own journal of the event and collecting photographs and press cuttings of this huge break-through in space exploration.

In fact, Conor recalled this week, Karl and another brother Martin came very close to meeting one of their all-time heroes, Neil Armstrong. The astronaut, Conor said, was on a private visit to Ireland  about 25 years ago and had been told that two West Limerick farmers had a huge interest in space exploration.” Neil was a hobby farmer himself and had a farm in Wyoming,” Conor said, “and was intrigued by the idea of two small farmers from the West of Ireland being amateur astronomers.”

A meeting was set up but, on the day, unfortunately, fate intervened and the pair were unable to go as they had a cow calving.

All three brothers, however, made it to UL this week to present the family memento from NASA to Prof Jeremy Robinson and had the chance to meet Dr Norah Patton who has been fascinated with space since the age of 11 and is now in training to become Ireland’s first astronaut.

Aer Lingus sponsored the framing of the NASA map.