Limerick town is gearing up for its very own OsKars 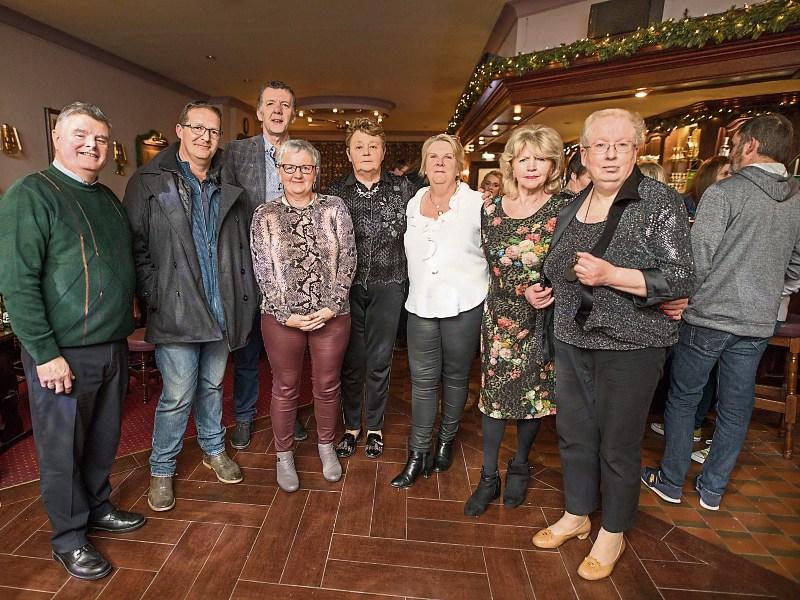 THE lure of the big screen is making itself felt in yet another community in West Limerick.

The film bug first caught hold in Ballingarry, followed by Broadford and more recently Adare. Now,  Abbeyfeale has discovered its inner Saoirse Ronan or Cillian Murphy for its very own tilt at the OsKars and it will be Lights! Camera! Action, all the  way to March when the red carpet is rolled out for all to see.

The launch of the Abbeyfeale OsKars took place at the weekend when up to 70 people signed up to take part in creating seven mini-movies under the direction of Kevin Roth Enterprises.

Abbeyfeale’s selected films include big favourites such as The Quiet Man, Calendar Girls and Fr Ted. But Misery is in there too, along with Sister Act, Forrest Gump and The Golden Girls.

“We don’t have our roles yet,” said Dr Mick O’Donnell, who has been assigned to The Quiet Man but doesn’t expect to be taking on the role played by John Wayne in that iconic film.

Dr O’Donnell is also  chairman of St Ita’s Voluntary Housing and Day Care Centre which is the local organisation hoping to benefit from this OsKars fund-raiser.

Currently, he explained, the organisation has 23 houses which are rented out to senior citizens. But he continued: “We have demand for more houses and we have an extra bit of land behind us and the idea is to develop that.”

“Initially, our plan is to build six to eight houses,” he continued. It’s difficult to estimate how much money will be raised through the OsKars, Dr O’Donnell said, but he hoped they could reach €50,000.  “It has taken off since the launch and there is a bit of chat about it around town.”

The actors and crews for the seven films will be getting down to work next week when rehearsals begin. Filming is expected to take  place towards the end of February and the red carpet will be rolled out at the Devon Inn Hotel for the Night at the OsKars on March 21.

Meanwhile, however, each mini film-crew must set up and run its own fundraisers and already the race is on to see who can come up with the best, most original and most lucrative events.

The hope is, that through inventive fund-raisers, a lot more people will be drawn into the overall project. “We would like to encourage people to support these fundraisers,” Dr O’Donnell said, before added that anyone interested in getting involved, either as an extra on a film or in the fundraising will be made most welcome. Just contact him or secretary Carina Prendeville.

In addition to providing secure homes at the heart of the community for its residents, St Ita’s Voluntary Housing and Day Care Centre provides cooked lunches to its residents and on a number of days a week, plays host to up to 100 senior citizens from the town and neighbouring parishes where they can get meet and socialise, enjoy a cooked lunch as well as entertainment and get access to certain services.