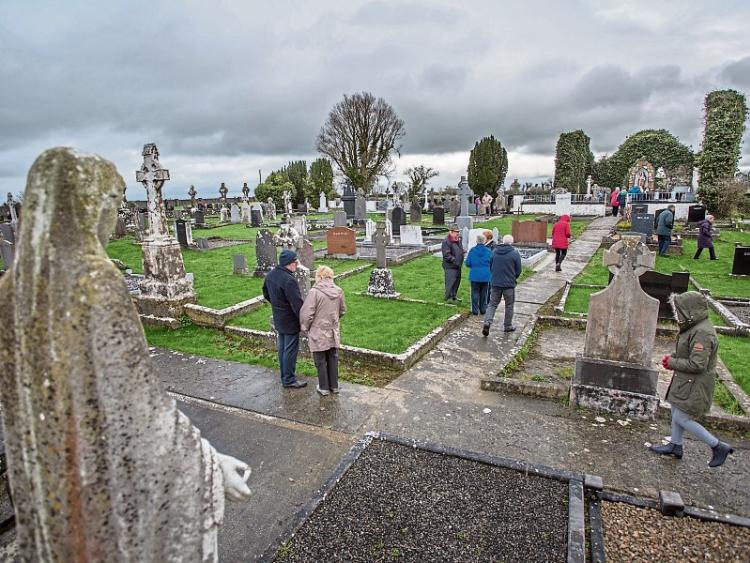 MORE than 1400 years after her death, the tradition of St Ita’s Day lives on in Killeedy, where the woman known as the Brigid of Munster, founded a monastery in the early seventh century and where it is believed she lies buried.

Each year on January 15, the date of her death in either 569 or 570, hundreds of local people remember the saint who has given their parish its name, Cill Ide. And  they are joined by many others from around Limerick and further afield.

It is a day on which people from Killeedy living elsewhere try to get “home” if they can at all, according to tradition. And it is also the day on which Christmas, for Killeedy folk, ends.

Next Wednesday,  St Ita’s Day will be commemorated in the traditional way as people will make or “pay their rounds” at St Ita’s cemetery, where the ruins of St Ita’s church lie and where there is a shrine to the saint.

The rounds normally begin following Mass at 11am in Ashford church and continue throughout the day. There will also be a Vigil Mass, in Raheenagh at 7.30pm.

A big part of St Ita’s Day in Killeedy is the social, where dinner is served and dancing continues late in the Raheenagh Community Hall. This year, the doors will open at 7.30pm and Michael Collins will lead the music.

The story of how St Ita came to West Limerick is well known to Killeedy natives.

She was born around 484AD in the Tramore area of Co Waterford and was a member of the Déise tribe. H

er father, Cennfoelad or Confhaola, wanted her to marry a local chieftain but she resisted, believing she had a calling from God to become a nun. To convince her father, she is said to have fasted three days and three nights and on the third night, God appeared to her father in his dreams and scolded him.

The following morning, Cennfoelad agree Ita could follow her wish and, aged 16, set off on her journey, a journey which brought her to West Limerick.

Legend has it that Ita was led to Killeedy by three heavenly lights. The first was at the top of the Galtee mountains, the second on the Mullaghareirk mountains and the third at Cluain Creadhail, which is nowadays Killeedy. Her sister Fiona also came to Killeedy with her and became a member of the community which Ita established there and which was involved in fostering and in care of the young, the sick and the poor. St Brendan the navigator is also  said to have spent five years in Killeedy.

St Ita is sometimes called "the white sun of the women of Munster" or  the foster mother of the saints of Ireland.