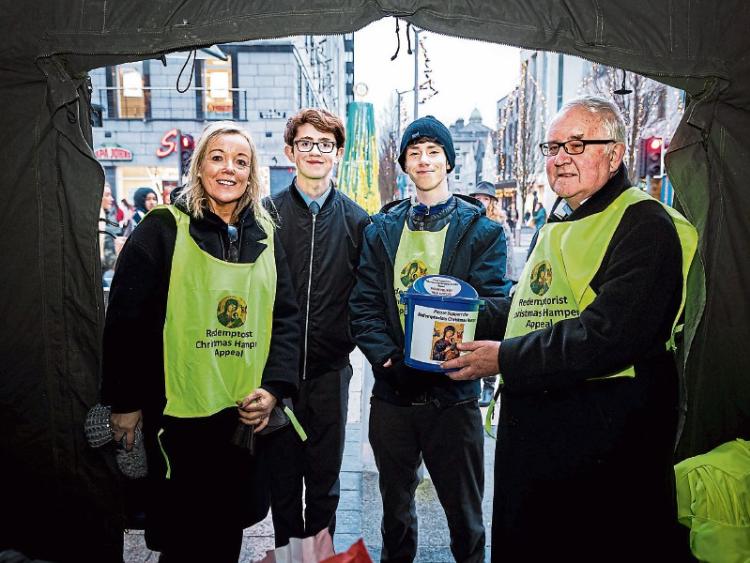 THE Redemptorist Christmas Hamper appeal was a massive success, with 6,000 distributed hampers across the city and county.

Currently, there is no final figure, however, though the different fundraisers, the appeal is believed to have raised in excess of €250,000.

“We don’t have a final figure yet. The money is still being counted and there is still collection buckets and more money to come in,” he added.

The Hamper Appeal is an annual feature of Christmas in Limerick and makes a huge difference to many families across the county.

“We distributed just over 6000 hampers across the city and county. Around 50% of those went to the city, and 50% of them were handed out throughout the county with a small number been distributed to Clare and Tipperary,” said Fr Enright.

“About half of the hampers are distributed by Saint Vincent De Paul, who are fantastic partners to have in doing this. The other half were distributed by other groups such as Novas, Focus and Mid West Simon Community. We wanted to make sure that on Christmas there is food on every table and a toy for every child. We would aim that no one goes hungry over Christmas.,” he added.

Fr Enright says that the extra funding means Redemptorist’s can continue offering support throughout the year.