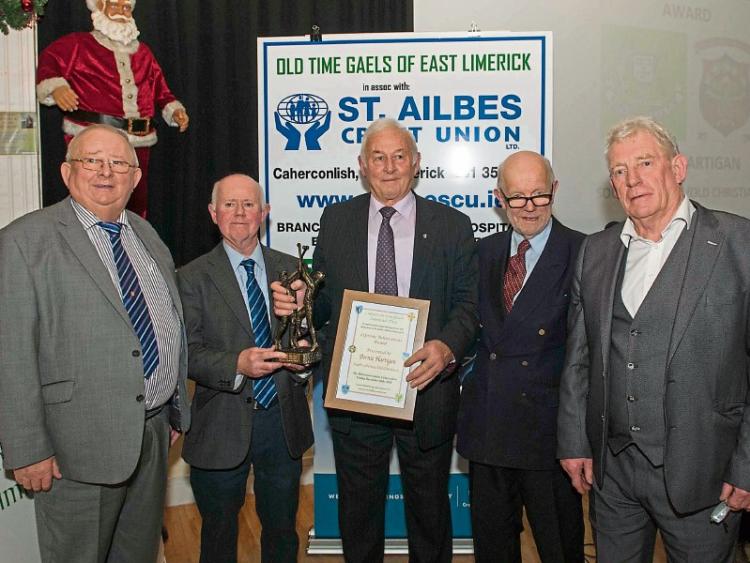 They were honoured by the Old Time Gaels of East Limerick at a presentation ceremony in the Millennium Centre, Caherconlish. The lifetime achievement award was the very deserving Limerick great, Bernie Hartigan.

The former county councillor Eddie Wade came up with the idea to acknowledge the contributions of gaels in the division who have given “lifelong, voluntary and dedicated service to the GAA in various capacities over the years".

Mr Wade said: “Many of these people worked quietly in the background in areas like administration, fundraising, field maintenance, refereeing and endless other important chores. Others have excelled on the field of play and brought honours to their clubs, division and county.”

He said with the oncoming spring they are all eagerly looking forward to the opening of a new playing season and a new optimism abounds within the county. Indeed, many of the attendees had to race from the Gaelic Grounds as they were watching Limerick play Tipperary.

The Old Time Gaels thanked St Ailbes Credit Union for their sponsorship and long-time support of the awards night. They say without their support it would be difficult to promote such an occasion and honour these great men.