Don't Mind Me: Women must step back from presumption of superiority before they truly lead 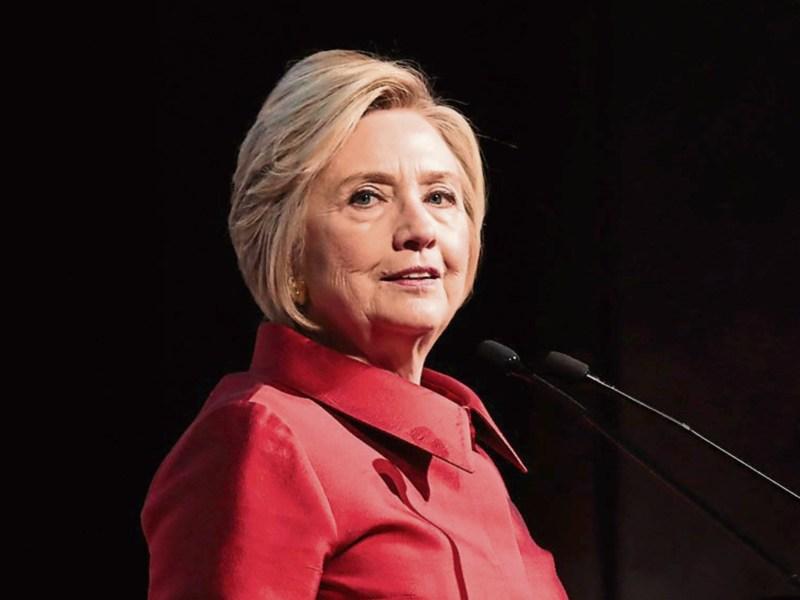 IF I had one wish for the New Year, it is this: that women would stop trying to control the world with spurious claims of undisputed female superiority when it comes to leadership.

Sure, we’ve had it rough with centuries and millennia of male domination, but we’d need to get a grip on ourselves now before we become victims of our own delusions. If women want genuine gender equality, then they should dispense with their superior airs.

I can’t believe I’m actually writing this. It’s going to leave me open to all kinds of foul mouthed Twitter abuse and misrepresentation. I’ll be lucky if I’m not hanged, drawn and quartered like Kevin Myers. But even if I am, I certainly won’t be as big a loss. But who cares? I’m a veteran of the old Womens’ Lib movement, where the word ‘better’ was never used – at least not until you had proved yourself first and some of us couldn’t be assed.

What infuriated me at the end of the old year was Barack Obama’s patronising sop to women everywhere when he told them that women made better leaders than men. He didn’t even try to prove it. It was an ‘indisputable’ fact, he told the swooning women of the world. I’d love to have known what Hannibal or Napoleon Bonaparte would have thought of it, but it nearly made me disgorge my breakfast when I read it. I was sick to the gills.

I was even sicker when I saw that he also told the women that they weren’t perfect but they do make better leaders and if the every country in the world was ruled by a woman we’d all see a sharp rise in human health, well-being and prosperity. If he’s not careful, he’ll start a revolution among power-hungry females everywhere, and Heaven knows where that will end. I’m out of here!

Anyway, why didn’t Barack tell us all this when he was running against Hillary Clinton for the Democratic nomination back in 2008? Why didn’t he come clean and say, ‘Hey, Give me your support, please, although in fairness my main opponent would indisputably make a better leader than me - because she’s a woman and thus genetically programmed’.

Obviously, there is only so much of your nose you can cut without spiting your face entirely, and anyway it’s always easy to be wise after the event. Nevertheless, the ex-President’s announcement was a pretty general statement to make in a world crying out for leadership at the moment. He might as well have said we have bigger brains!

But the Gospel according to Obama doesn’t stop at gender comparisons when it comes to the realms of high power. Worse – far worse – than either men or women when it comes to world leadership roles are old people who hang on to power for as long as they can. These, he hastily explained, are mostly men. Ah, will ya go on out o’ that, Barack, If the US Constitution hadn’t limited your presidential tenure to two terms, I haven’t a doubt in the world but that you would have stayed on – if only to thwart Donald Trump. In any case, my heroine when it comes to world leaders is Queen Elizabeth and I hope to God she doesn’t get it in her head to abdicate after reading your Singapore speech.

But I am, I have to add, deeply grateful for small mercies. I don’t know what I’d have done if he had advocated a completely new world order in which all countries would be governed by 16 year olds of both sexes, who would also make a better fist of it than those who seem to have held the reins forever.

Now, it’s all very well to be encouraging women to take over the world and telling them that they couldn’t really make a bigger mess of it than that left by their mainly male counterparts, but we have an election looming here in the Spring –if not sooner - and women candidates could very well get carried away with their prowess . I can’t think of another single female in the field that I’d like to see elected Taoiseach, other than Jan O’Sullivan. But with Labour still slow in the polls, I can’t see it happening, unless... unless all the other women elected to the new Dail join forces and demand ‘Jan for Taoiseach’.

But that’s the trouble with powerful woman. They’re too single-minded and individually too ambitious to suffer any real competition in their own ranks. Bring on the slings and arrows then, there must be a knight in shining armour left somewhere in the world to rescue me!