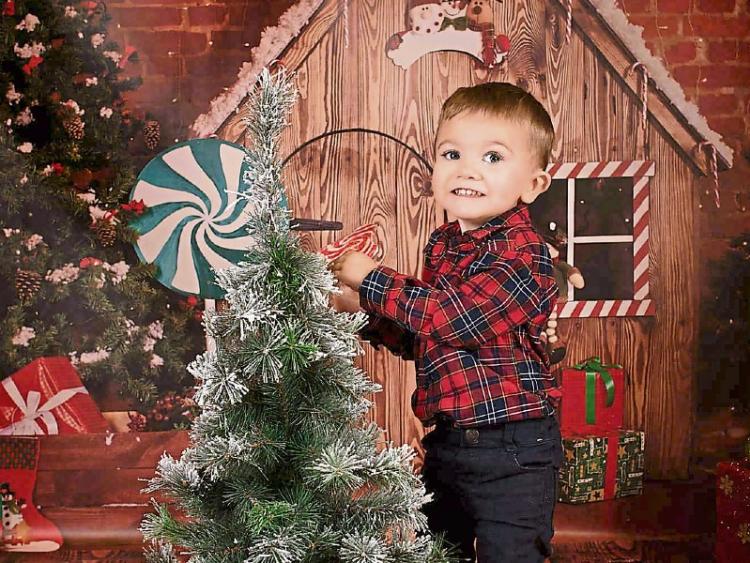 Noah Quish enjoyed Christmas at home with his family

CHRISTMAS in the Quish house was extra special this year, as two-year-old Noah rushed around the house full of holiday excitement.

Noah Quish, who was born with a hole in his heart and has since been diagnosed with severe scoliosis, captured the hearts of Limerick when he was pictured in garda uniform at the Little Heart Warriors Day Out in May of last year.

His mother Una Quish was delighted that Noah got to spend this Christmas at home with the rest of the family, including sister Leah and John Joe, Noah’s dad.

“It was really good. This year was amazing. Last year he wasn’t walking but this year he was running around the place,” said Una.

“He got loads of presents. The Gardai, Elaine Cusack, and two colleagues dropped out to give him some presents too. They had some from the Little Blue Hero organisation and some from themselves,” she added.

Noah, who was a bit sick over Christmas with a vomiting bug also received his favourite present - an Elmo Teddy.

“We go all out for Christmas. We know we have to take it as it comes and make the most of it. You never know what is going to happen next year, a year is a long time, so you have to make the best of it,” said Una.

“Even when he was opening his toys, I was crying, because you don’t know what is going to happen,” she added

Despite the holidays, Una is still focused on young Noah’s care.

Back in July, a fundraiser was set up to raise money for the care of Noah, who has been nicknamed Limerick’s littlest garda.

“I decided to set up a donation page for Noah as people said they wanted to help out and asked if we had a page setup to donate. The money will be used to help Noah’s recovery and to travel to his numerous appointments. Noah has long term medical conditions which require long term care,” said Una.

“This year is very busy for us with hospital trips. Noah needs surgery and casting put on soon. He has also been assessed for a special buggy to suit his needs. We need to make changes to suit Noah’s needs and help him with his recovery. We can only prepare for what the future will hold so any donation will go towards what Noah needs and medical expenses,” she added.