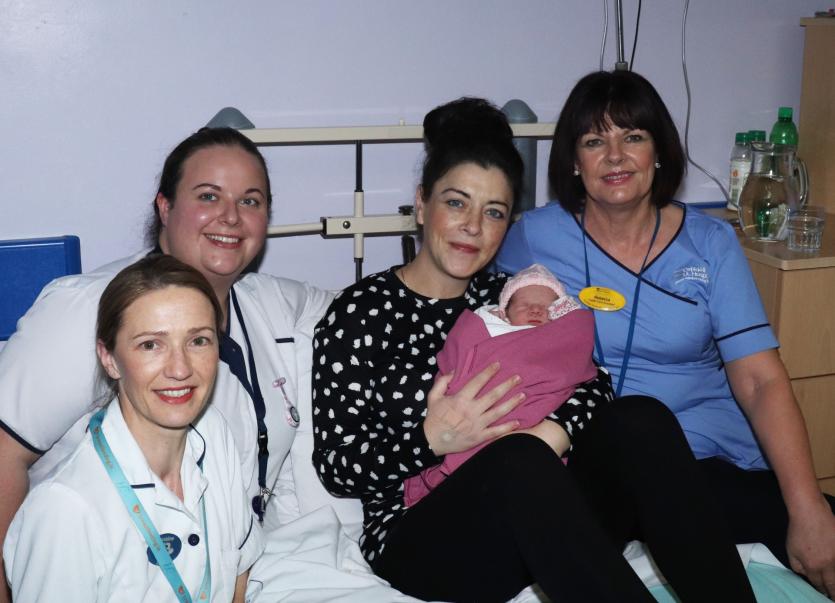 THE first baby of the decade to be born in Limerick was delivered shortly before 1 O’Clock this New Year’s Day.

The infant, whose mother is from County Clare and who doesn’t wish to be named, was born at 12.46am at University Maternity Hospital Limerick.

As of 11am this Wednesday, just three babies had been born at the hospital.

Ashley Barron, whose first baby was born at 4.33am, says she is delighted with her new arrival and that it’s the best start possible to the new decade.

She and her partner, MJ Buckley, operate The Junction Gastro Bar and Guesthouse at Limerick Junction – having acquired it in March of last year.

Ashley, 33, arrived at UMHL on Sunday to be induced but revealed their daughter, who weighed 6lb 3oz, decided to wait until the new year to make an appearance. 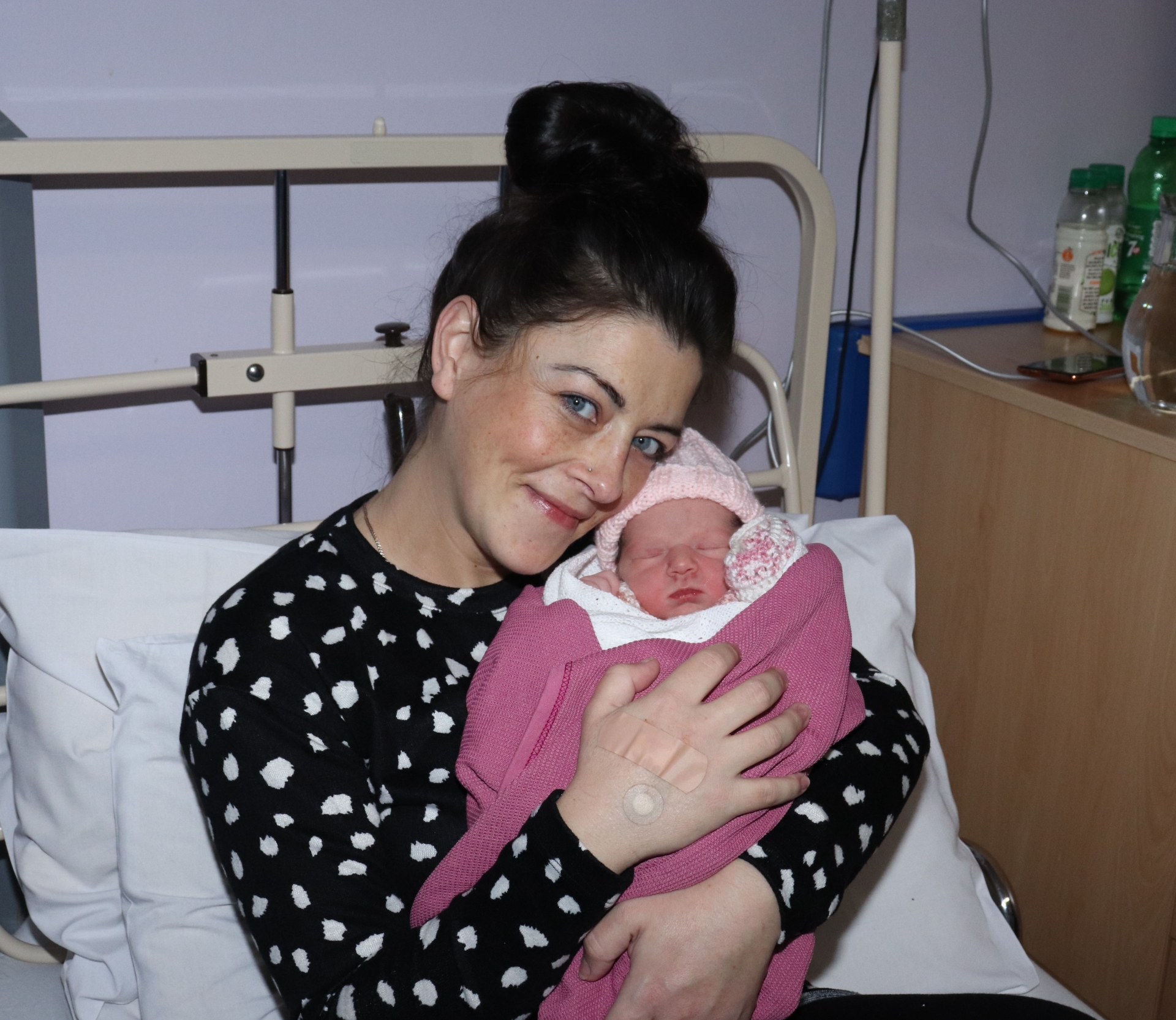 “It was grand – the staff were amazing and they made us feel so at ease and with the pain relief and everything it was great,” the Donegal native told the Limerick Leader.

“It’s been a mad few months but we have managed it – the restaurant was closed (on New Year’s Eve) so he got one day off,” said said adding the couple have yet to decide on a name for their baby daughter.

Picking a baby name is also on the agenda for Derek O’Sullivan and Caroline Brady whose baby daughter was born at 6.41am.

Derek and Caroline, 38, have been going out for almost 15 years and their new arrival – who weighed  8lbs 15oz – is their first child together. Derek has a teenage son from a previous relationship.

“We came in on Sunday morning for an induction but she was delivered by c-section. Being here for new year wasn’t a problem and it’s a nice way to ring in the new year definitely – there is no better way really,” said Caroline. 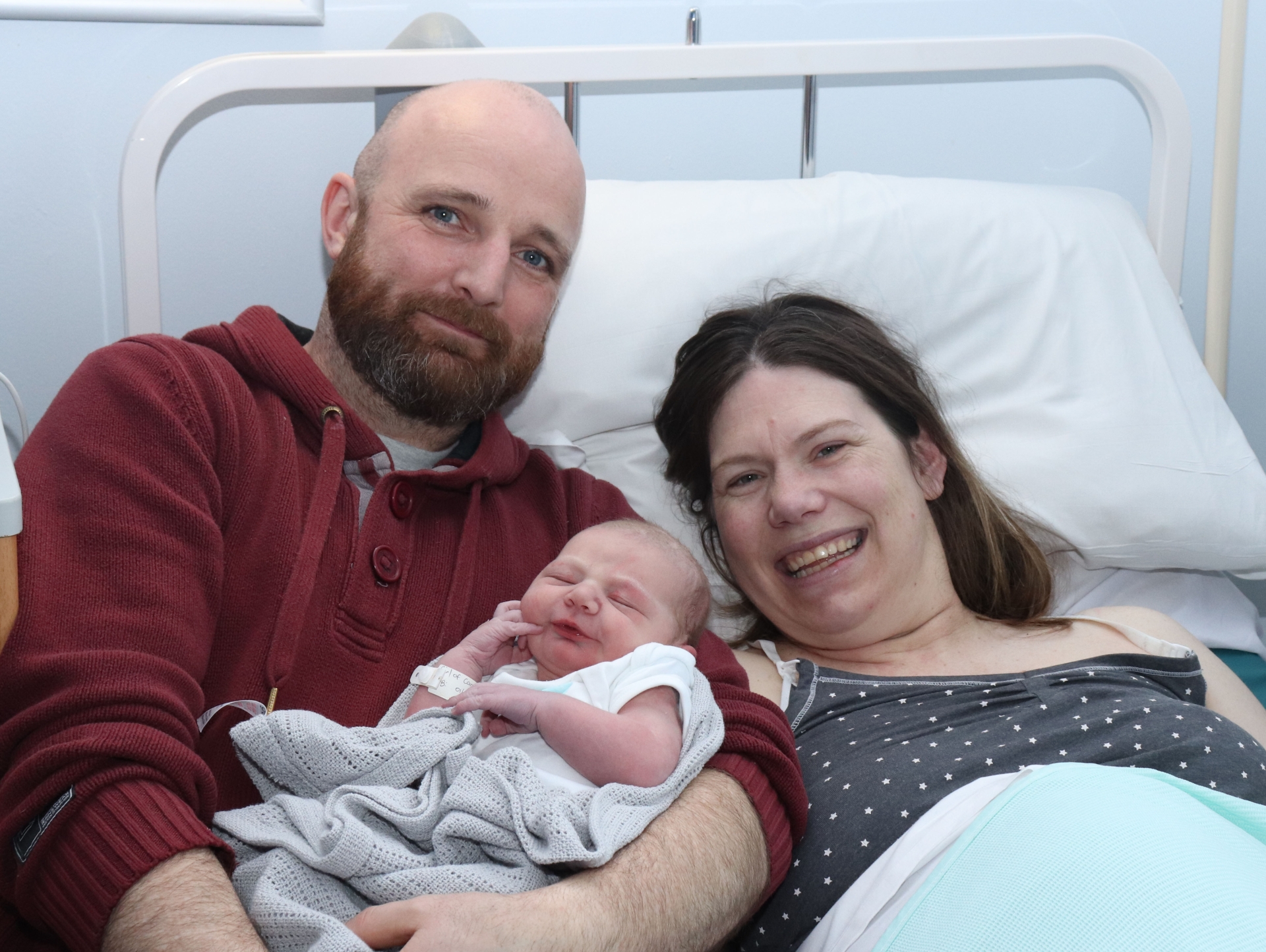 “I’m exhausted but she’s definitely going to be a buster,” she told the Limerick Leader

While the couple live in Bodyke County Clare, Derek works as a carpenter at Troy Studios in Castletroy while Caroline works in recruitment.