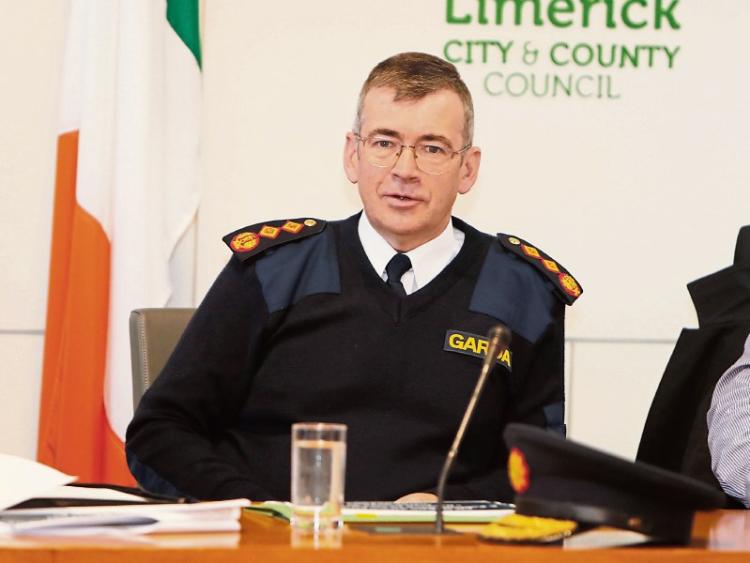 THE garda commissioner says he is supportive of calls for new garda stations in areas of high-population growth such as Castletroy and Raheen.

However, Drew Harris says such projects take a considerable time to complete as there is a process to have them included in the capital budget.

At a meeting of the Limerick Joint Policing Committee, Commissioner Harris said existing population levels and expected growth are the key factors in deciding where any new stations are to be located.

“I’m very mindful of population growth and I’m very mindful that some towns, in particular, are expanding hugely,” he said adding that a number of existing garda stations are no longer in the best locations.

The commissioner told the meeting the new capital plan will be rolled out in 2021 and that the process to identify the locations of new stations will begin shortly.

Read also: Commissioner has no plans to ‘garrison’ gardai stationed in rural Limerick

“We will start programming within the organisation and asking for, in effect,  bids,” he said adding that An Garda Siochana will also work closely with the Office of Public Works.

The internal process will see each garda division in the country submitting its requirements to the relevant assistant commissioner for consideration before final proposals are forwarded to Garda Headquarters.

While not giving guarantees, Mr Harris said any new stations in Limerick will have to “fit in” with the Ireland 2040 vision and will have to be supported by a business case.

“The better the case that is made, the more we will get from the overall capital pie,” he said adding that any proposals will have to be ambitious and future-proofed.

“The population of small villages and towns have grown exponentially the last five to ten years and the population is set to grow even further over the next ten to 20 years so it would, at least, be nice to keep pace with that,” said Commissioner Harris.

Currently, the only new garda station approved for the Limerick division is in Newcastle West while the refurbishment of Castleconnell garda station is a priority.

Members of the JPC agreed that they should be briefed on the process to secure new garda stations at their next meeting.