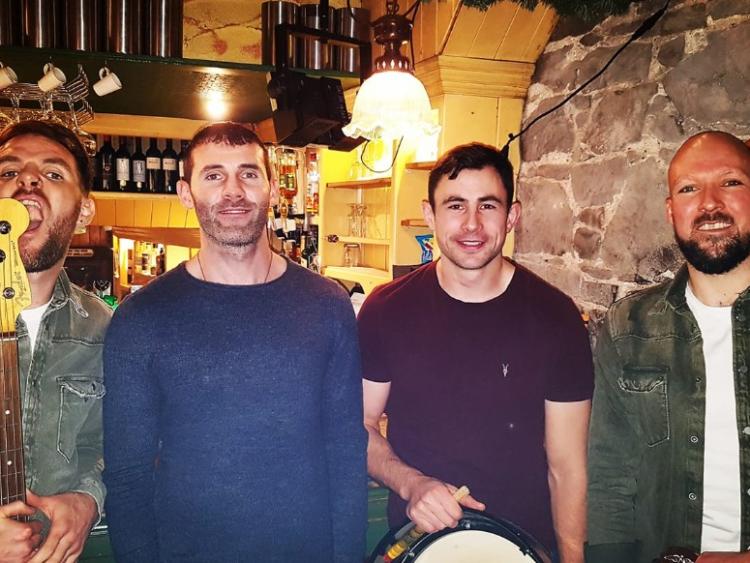 HERMITAGE GREEN had a special reunion with their former bandmate, Felix Jones, as they gathered in one of their old haunts, the Curragower Bar over the weekend.

Felix, like Hermitage Green’s Barry Murphy, is a former Munster Rugby star. He was forced to retire from rugby due to a neck injury but instead pursued a career in coaching.

Once on the bodhrán, Felix left his position in the band behind him in pursuit of a World Cup Medal in a coaching role with the South African National Team. He brought this back with him to the Curragower Bar.

The band shared a post on social media to honour the reunion.

“Massive shout out to our boy Felix Jones who made his return to HG last night in the Curragower!

“We literally have never had the chance to play with him since he departed 7 years ago on his quest for a World Cup medal. He brought the medal with him and we did very well not to drop it into a bowl of chowder. Felix Abú! -

“The show moves on to Belfast, Warrenpoint, and Donegal this weekend - last few tickets remaining on our website!”

The band have been confirmed for Limerick Live at the Docklands series 2020.