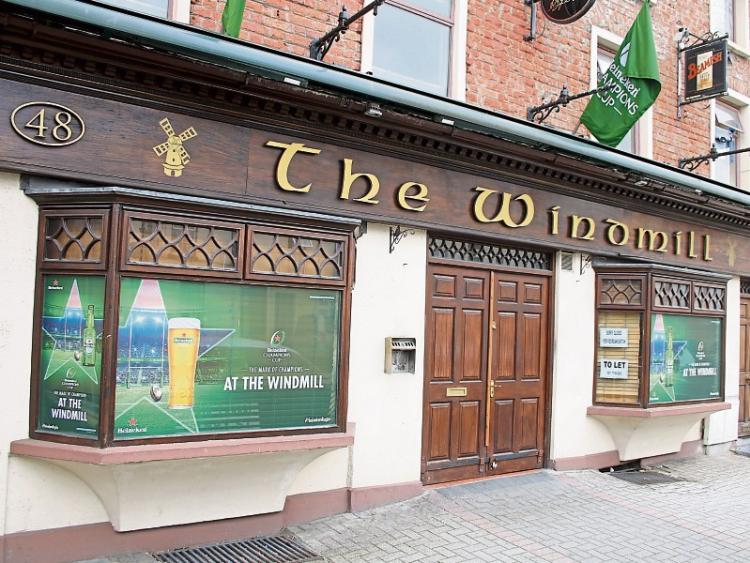 One unit would be a public house at ground and first floor levels, with the other set to be a cafe or a coffee shop

A LANDMARK pub in the city centre looks set to re-open early next year, with redevelopment plans being lodged with Limerick City and County Council.

After decades of trading the Windmill Pub on Henry Street closed some months back.

However, planning site notices have been erected outside the pub, which has lain idle since, with the owner of the premises telling the Limerick Leader he'd hope to re-open by March next year.

One unit would be a public house at ground and first floor levels, with the other set to be a cafe or a coffee shop.

Mr Breen said he has a tenant lined up for the pub itself, with a lease expected to be signed if and when planning permission is granted.

He's on the look out for an operator for the coffee shop.

The Windmill Bar will go back to its original size, before a previous expansion.

He said a change in society is one of the reasons he is seeking to open a coffee shop next door.

"I'd be hoping to get somebody who would be interested in running a nice coffee shop, restaurant or something like this. I can see it being a coffee and tea-room, a place for people to be comfortable inside without any drink," he added.

She said: "I think it's a great indication of the confidence felt in the city centre. It's another sign of the renewal of our city centre that a business like this is being backed. That they see a demand for that offering in that part of town. It's a real positive."

Ms Ryan said the cafe does represent a change in society.

"There is a younger generation who might be city centre dwellers and are not as frequent pub-goers as people were in the past," she said.