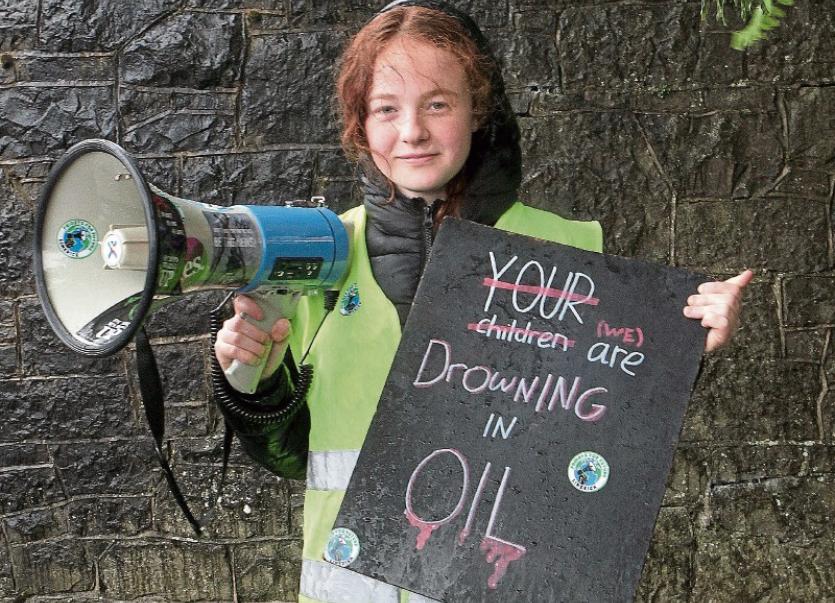 When I was seven years old, I bought a journal from Eason in town and decided it was going to be my diary. My two brothers were busking below in the Limerick Milk Market and I remember sitting on top, sipping on a cup of dairy-free hot chocolate (I used to have an allergy to cow's milk) from Pónaire (now Harper's), wrapped under my father's jacket, while writing my first diary entry ever. I eventually joined my brothers, maybe a year or so later, me playing the fiddle alongside a flute and another fiddle, which eventually became an uilleann pipes set.

I love Catherine Street because of all the cool shops it has on it. It's so beautiful, especially when you reach the Georgian Quarter and it reminds me of Limerick's rich history. I also love Lucky Lane and ever since I was small I've always wanted to buy either a jewellery box or a writing table from there, despite my lack of space in my room or money. I also love the smell of Silke's stationery shop and The Commercial looks really cool and is super cosy.

It may be a bit cliched but I absolutely love the view from around Curragower House, especially at night time, when the whole city is alight. I always like to imagine Limerick before it even became a settlement, and the Viking longboats that would have rowed up the river all those years ago. Standing across from King John's Castle I feel like I have deep roots in Limerick and I love the history associated with it.

I think it's unique because of the strong culture we have for such a small city. I love the festivals and the music and sights of Limerick, and all the different kinds of people and the rowing clubs that you see going up and down the river. It is a very beautiful city, and I really don't think it is appreciated as much as it should be. I also think that Limerick waiters are the nicest waiters on the planet! You can always have a good chat with someone in a shop or a café, especially like the Story Café on Denmark Street where they make some of the best hot chocolate.

I definitely have more than one favourite restaurant. For pizza, I love Papa'z on Denmark Street, which also makes really good chicken salads. For Asian food, I absolutely love the Phad Thai at Aroi Asian Street Food. For Mexican, I love Boojum, especially their tacos, burritos and churros! For some good local food, on Saturdays, I always get a locally sourced breakfast bap from Jill in Country Choice in the Limerick Milk Market. And for a buffet, who doesn't love Jasmine Palace!

I think the people of Limerick are some of the friendliest on the planet, as mentioned earlier. I've never been to a place where I've felt like I belonged so much! There's always someone who you can talk to about anything, whether it's activism, science, art or literature. I love all the nooks and crannies where people are doing their jobs, but where they'll still have a cuppa with you, or just a little laugh, like Duo on Denmark Street, where they have the coolest renewable stuff, and where I always browse when I'm about with friends.

Personally, I'm not a huge fan of sport, but I also know that sport in Limerick gives people a huge amount of pride for their city and their county. I remember August 2018, I think it was, when the Limerick Hurlers won the All-Ireland Senior Hurling Championships (their first win since 1973) and the feeling around Limerick was one of rejoicing and happiness. It was great to be a part of that.

If you could add one amenity to Limerick what would it be?

As a climate activist, of course there are a lot of things I'd change in Limerick in the renewable sense. There are many issues we have here, whether we like it or not, that need to be addressed. I think one of my number one priorities would be not letting the incinerator go ahead in Limerick. I know it has been allowed already, but I feel like it's the government ignoring the will of the people. Remember, 6,000 people came out in October and yet nothing was said! That makes me very annoyed. We have to think about the health of the people number one.