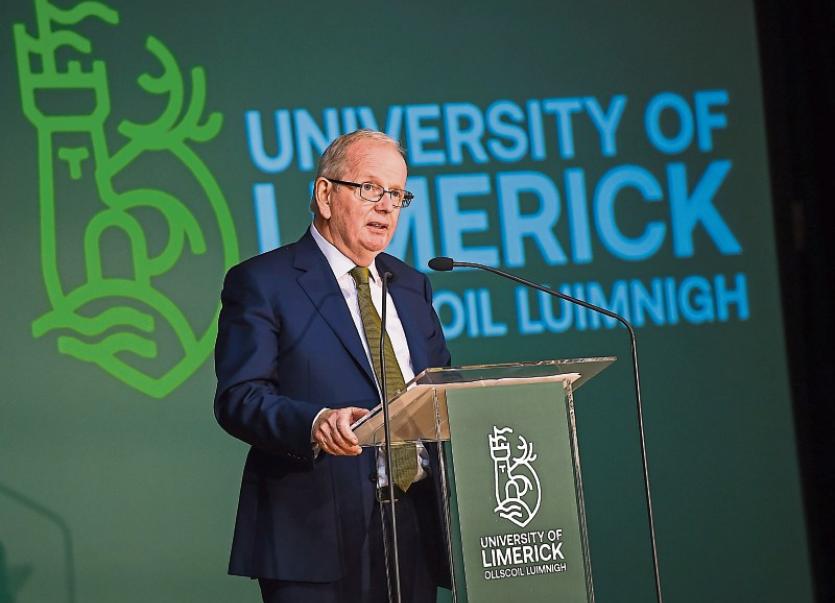 UNIVERSITY of Limerick staff are set to be balloted for potential strike action next week as they reject UL’s Executive Committee's offer for an extended consultation period for structural changes within the university’s schools and departments.

On Monday, the Executive Committee, which is chaired by UL President Des Fitzgerald, informed staff via email that they are “more than happy” to provide “additional time to facilitate collaborative debate” on the proposed condensing of the university’s 24 schools and departments into 10.

These claims have been rejected this Wednesday by the university’s union, UL-Unite, due to lack of details given about what said consultation would consist of and no further details about what reorganisation process would involve.

The email issued to staff by the Executive Committee read: “We reflected on what we have heard but we also re-examined the need for change in the light of the significant growth in the University since the last restructuring in 2007 and the changing face of third-level education across the world and the challenges that we face nationally as a university.

“Not least the more than 40% drop in government funding and planned growth of undergraduate and postgraduate student numbers.

“In this regard, we want to commend the year-on-year increase in postgraduate and international students, but note that this arose in relatively few programmes.”

Read also: Limerick whistleblower forced to go to MABS as situation with UL still not resolved

The email also stated that the committee questioned “if the current structure is the best structure, could we do better or should we leave well enough alone”?

“We asked ourselves why would we change, as you have,” the email, which was sent to all 1600 staff members, said.

“The reasons came down to us believing that more direct resourcing of programmes, less hierarchy, a structure more aligned to our values and ambitions, a structure that would drive university wide programmes and more fully realise the huge potential of our staff and students at UL.”

The original timeframe for the proposal provided just under three months of consultation for staff, and was due to be presented before UL’s Governing Authority on January 31, 2020.

This consultation period was regarded as “bogus” and “fake” by UL’s union secretary Ger Slattery in an email to staff last month, in which he also urged staff not to engage in meetings about the university’s strategic plan, UL@50.

“We agreed that our original timeline for consultation was too short and that it did not give colleagues the opportunity to fully reflect on the issues and whatever changes would be required.

“Consequently we instructed our HR team to meet with the union to advise them that we are happy to propose an extended consultation period in order to allow colleagues the opportunity to fully consider, debate and reflect on any proposals so that we can move forward as one in due course.

“This consultation period will allow all of our staff and students to discuss the principles and objectives behind any proposed changes and to debate both the specific changes and how and when they can be introduced,” it was added.

“We are particularly conscious of the need to manage the introduction of changes in a way which is fair to any impacted staff.”

In a meeting on Thursday morning, November 28, the committee asked the union to “withdraw their direction to staff not to engage in discussions about the proposed restructure and implementation of UL@50”.

Last week, 50 UL professors signed a letter calling on the Governing Authority to pause the controversial reorganisation at the university.