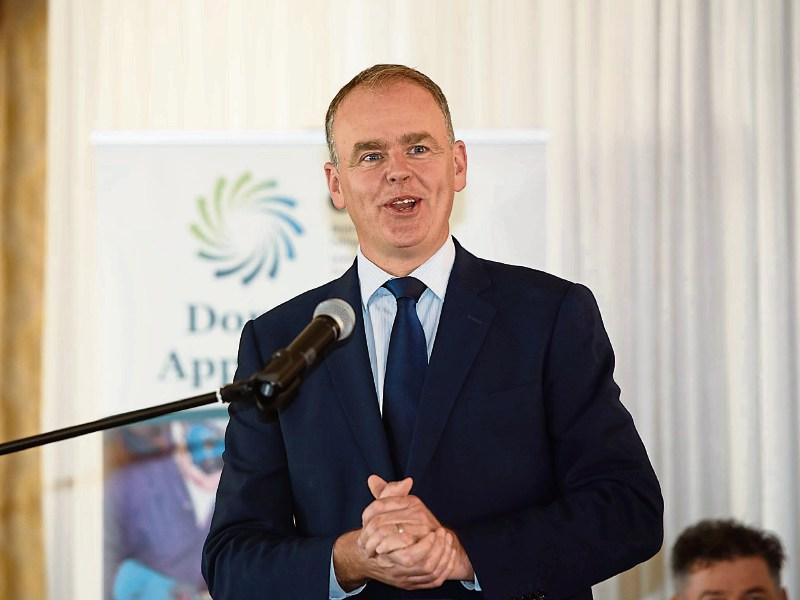 Minister Joe McHugh: 'Matter to be taken forward by the university engaging with the staff member, as it relates to an employer-employee relationship'

A UNIVERSITY of Limerick whistleblower who remains in dispute with UL more than four years after being wrongly suspended has been forced to go MABS for financial assistance.

The employee, known as Person C, has not been paid by the university since early this year. She told the Limerick Leader  she is seeking “appropriate compensation for the university’s wrongful treatment of me and the significant personal damage and effect it has had on my career”.

The woman was suspended by UL in 2015 along with a colleague from the finance department, Person B. They were accused of making a “malicious” complaint against another colleague.

When their story was revealed in the Limerick Leader in September 2015, UL issued a full denial and launched High Court proceedings against the paper and its then editor, Alan English. The court action was dropped the following year and Dr Fitzgerald subsequently apologised and described it as a mistake.

Their suspensions were lifted by UL president Dr Des Fitzgerald in November 2017. He sent Persons B and C a private apology for the university’s treatment of them, which occurred during the tenure of his predecessor, Prof Don Barry.

“I was sent an apology and a promise by Des Fitzgerald that my issues around returning to work would be addressed,” Person C said. “However, he did not abide by his promise.”

At the time, the UL president announced that the university would facilitate a mediation process with Persons B and C, along with others whose cases were detailed in the 2017 Thorn report into financial and HR matters UL.

Persons B and C were replaced in the finance department long before their suspensions were lifted. Attempts to reach an agreement over alternative employment failed and they have not returned to work.

Both parties have conceded that a return to UL is now unrealistic, but efforts towards a termination agreement have thus far failed.

Others unhappy with UL’s treatment of them have also been disappointed by the failure of the promised mediation process to make any progress.

In recent years UL has been censured by the Committee of Public Accounts (PAC) for substantial unauthorised payoffs to staff members and unwarranted pension agreements.

In 2015, shortly after they were suspended, Persons B and C were offered approximately €60,000 each as part of a termination agreement which also included a confidentiality clause.

They declined the offer and subsequently went public on concerns about inappropriate spending at UL.

This February, the Comptroller and Auditor General told the PAC that senior UL managers had misrepresented the facts when questioned about financial matters during Prof Barry’s presidency.

“There was a deliberate attempt to mislead,” said Seamus McCarthy, adding: “If I were managing a private audit practice, we would have walked away from this audit. But that option wasn’t available to me.”

With Dr Fitzgerald due before the PAC again in the coming months, Person C has been told by a facilitator that that the Department of Public Expenditure and Reform has so far prevented the university from reaching a financial agreement with her.

However, in a written answer to a parliamentary question asked by Limerick TD Willie O’Dea last month, Education Minister Joe McHugh stated that the issue “is a matter to be taken forward by the university engaging with the staff member, as it relates to an employer-employee relationship”.

A personal injuries claim taken by both employees over their wrongful suspension was previously settled out of court. It is understood that Person B has experienced similar frustrations in her attempts to reach a termination agreement with UL. She did not wish to comment on her own situation.

“I am now in a position where I have had to apply for social housing and go to MABS [Money Advice and Budgeting Service] for support,” Person C said this week.

“I believe my case has been handled in the same manner over and over by different faces and different messengers, all seemingly trying to get me to break down, give up, and cave in.

“I am being told the problems are the department’s - and I’m also being told UL apparently have no independence in this. But how is it they had the independence to spend €7,000 on a recent trip to London?

“I have spent so much time this year on a process back and forth and it has affected my health and earnings. UL have refused to deliver, even though they have acknowledged what they have done to me is wrong.

“Despite the traumas I experienced with this, I really try to look after my wellbeing in this situation and try to be as hopeful as I can that there will be resolution,” she added.

“Sometimes I wonder - would my situation encourage others to speak up? And I wonder what UL is trying to achieve here. Perhaps they want to discourage people from doing the right thing.”

University of Limerick declined to comment, as did the Department of Public Expenditure and reform who said: “this is the matter for the Dept of Education in the first instance and we have no comment to make on this matter.”