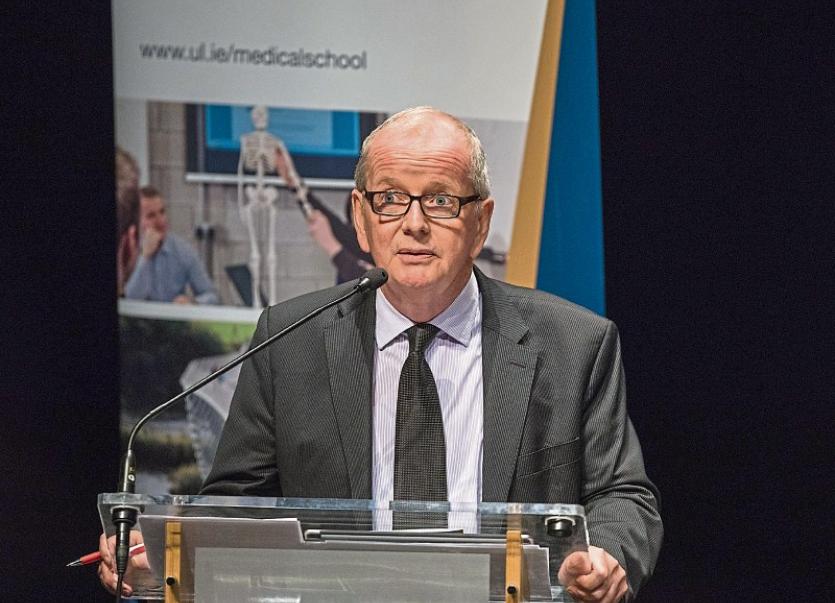 MORE THAN 300 University of Limerick staff members gathered at a public meeting earlier this week to discuss the university’s recent controversial restructural proposal.

The proposal to restructure the university’s schools and departments is the driving force behind the preparation of a ballot for industrial action, which is expected to be put to UL’s union (UL-Unite) members in the coming days.

The pressure is cranking up on UL president Dr Des Fitzgerald, meanwhile, with 50 top academics sending a letter to the chancellor Mary Harney and governing authority asking them to intervene.

“We are requesting that Governing Authority pause the proposed reorganisation and instruct that reorganisation proposals are only tabled after a thorough review of the academic structures demonstrates that a change in the organisation of academic work is necessary,” it stated.

“If a review finds that reorganisation is the best way to meet the goals of the University then proposals for reorganisation should be as concrete and complete as possible to enable proper discussion,” it added.

The professors, stressing they are not against reorganisation,  expressed concern over the proposed “rushed reorganisation” which  they say, had not been justified adequately.

Later in the missive they highlight  “the brevity and inadequacy of the consultation process, the lack of documentation arguing for its necessity, and the absence of any concrete rationale for change make it very difficult to persuade people of the necessity of reorganisation.”

UL-Unite secretary Ger Slattery lead the “information exchange” meeting on Tuesday afternoon, in which many staff members raised their opinions and queries surrounding the restructuring and the union’s actions going forward.

UL-Unite currently has over 700 members, accounting for almost 60 percent of the university’s 1,600 staff - with a call made at the meeting for more staff to join.

UL-Unite will meet with the university’s HR department later this week, with the main goal being to delay the consultation period of the proposed restructuring, which is currently scheduled to be brought before UL’s Governing Authority on January 31, 2020.

The consultation process for the restructuring of UL’s 24 schools and departments into 10 had been labelled as “fake” and “bogus” by UL-unite secretary Ger Slattery in an email to staff last week.

“We decided at our last executive meeting that it as important as a mark to our commitment to the university campus community that we would hold a public meeting to let people know, be informed and avoid unnecessary rumour and distortion which may circulate as to what is going on in a matter which is fundamental to our life’s investment: our work here in the university,” said Ger Slattery as he opened the meeting.

“We are interested and committed to the wellbeing of the university,” he continued, making reference to the general positive uptake among staff of UL’s recent leadership changes and announcements, “but there comes a time when people realise that maybe this has been taken a step too far.”

“Plans come and go, but the staff remain,” he added, “the staff is an enduring feature of the university which have in-depth, highly refined commitment to their service.”

The structural proposal was presented as a “conversation piece” in a PowerPoint presentation to over one hundred staff members at  the meeting on November 5.

In the presentation, it was added “a full consultation process will take place” between now and January 2020 for the plans, before implementation in September 2020 if given the go-ahead by the Governing Authority. “The focus has been on the lack of consultation and the fact that the window around it has come out of the blue, all of a sudden, in November,” said Mr Slattery.

“Even then, not everyone has been informed of the limited detail of this plan. It’s done over the end of the semester, the exam period, the correction period and Christmas holidays.

“There is something unhealthy about that timescale, it doesn’t permit voice opportunity or reflection,” he said, “this current, undetailed plan leaves too much to speculation, doesn’t address legitimate concerns of all members of staff and leaves too many of us in doubt about security.”

A UL-Unite spokesperson confirmed to the Limerick Leader that if industrial action is taken, it will not take place during student exam times next month. In an email issued on November 19, UL’s HR Director Andrew Flaherty told staff: “We are very conscious that there is a lot of change underway at the university. Our new strategy - UL@50 - points the way forward for an ambitious agenda of growth and investment and we are keen to make progress on this strategy in the coming months."

UL hasn’t issued any official comment on the matter.