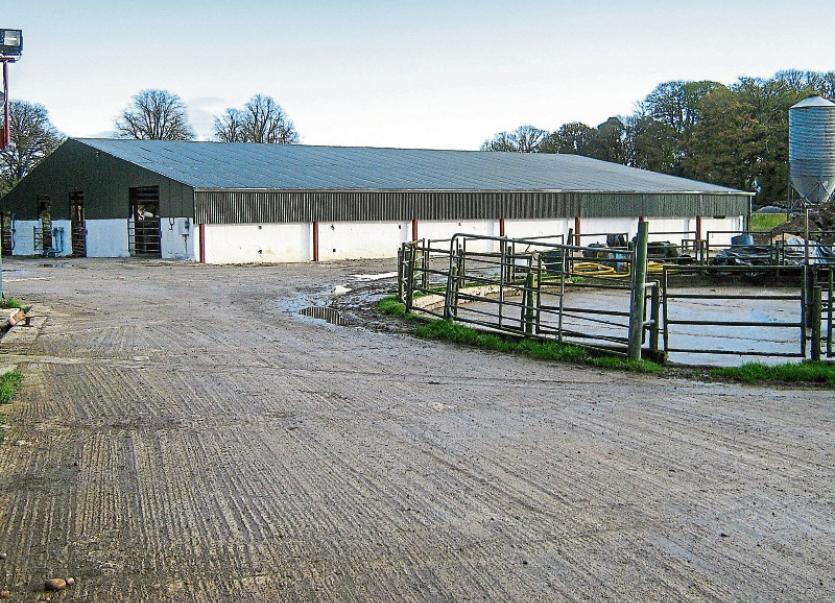 And similar to farming families when there is no son or daughter - or in this case Brother - to take it over it can be either sold or leased.

There was a lot of interest in recent weeks when the Brady Group advertised the lease of a 306 acre working dairy farm at Glenstal Abbey, Murroe.

However, Abbot Brendan Coffey said the community have been renting out the farm for the past year.

“The present lease expires in January and so we are looking for fresh expressions of interest for a new lease,” he explained.

The abbot said the reasons for leasing the farm are many and complicated.

“Fr James finished up as a farmer and it simply isn't feasible for an institution to manage a farm in the modern world in the way in which it was in the past. It works much better for us when it is leased. Almost all similar institutional farms have done the same thing in the last number of years, we are one of the last.”

Fr Philip Tierney worked on the farm for many a long day. While visitors to Glenstal are used to seeing the rolling pasture this wasn’t always the case.

“Surprisingly, the Barrington estate gifted to the Benedictine monks at Glenstal did not include in the 500 acres any farm as such. The Barringtons did have a mixed farm – cattle and tillage – but it lay outside the walled estate and comprised some 200 arable acres. The Gow family, who acted as Barringtons’ stewards, acquired this in 1922.

“The monks, then, arrived in 1927 and the main area on either side of the front avenue was covered with scrub, ferns and bracken. It was in fact a deer park,” said Fr Philip.

Read also: New generation follows last as sisters do it for themselves at Limerick beauty parlour

Gradually this was cleared and grazing began on this area while one of the first buildings in the present abbey farmyard was used to house pigs. Fr Winoc from Maredsous was the first farmer and was succeeded by Fr Finbar and then Fr Oliver.

“The latter spent years reclaiming rocky fields, among them 45/50 acres now known as the Congo situated above the gardens and glen,” said Fr Philip.

At the launch of the Murroe field project in 2016, JP McManus recalled working with his father, who had a plant hire business, in Glenstal.

“I spent a long time in Glenstal Abbey with Fr Oliver, who was the farm manager. I remember a place called the Congo, we cleared a lot of scrub there - it seemed to go on forever!” said Mr McManus.

A small milking machine was installed in the 30s and some housing erected for cows and cattle. Br Brendan spent many years rearing pigs.

“Just prior to our joining the EEC in 1973 Fr David as manager undertook the building of an eight unit milking parlour along with silage and slurry pits. Pigs were abandoned and cows took over the land on either side of the front avenue and also on the back avenue.

“Bullocks were also fattened and the herd grew to 100 or so but the quality was not high and the milk yield quite low. Nationally at that time the average milk yield was just over 550 gallons per cow and we barely reached 450!” said Fr Philip.

At this time, four outstanding men worked on the farm when Fr Philip took over as manager in 1976. Only at this stage was the land divided up into 25 paddocks of three acres each and rotational grazing began.

“Laying on water, wiring up the 80 acres and constructing cow roads took over two years and introduced the benefit of regular fertilizer usage. Almost providentially the milk yield began to rise as better cows were acquired and grass quality improved so that when the quota system was imposed in 1983 the 100 cows had reached a yield of 700 gallons per cow. Thus our quota for the next 30 years was fixed at 75,000 gallons,” said Fr Philip.

However, like most farms in Ireland at that time production costs absorbed the income cheque and the only profit for the year was the money coming annually from Brussels.

In 2007, Fr James took over management and launched a wide-ranging upgrading plan - mainly cow blood line and grass quality all over the 275 grassland acres that made up the farm. With the abolition of quotas, expansion began with an increase in the number of cows.

“In 2017, a farm manager was employed so as to reap the harvest of the not inconsiderable investment made over the years, especially in recent years. Paddocks increased in number and size to cater for 150 cows and the reseeded grassland yielded a high quality milk and ample silage to provide for some 250 animals at winter,” concluded Fr Philip.

And now the new leasee will be able continue the legacy left by men of God and God-fearing men who toiled in Glenstal farm.