‘We are trusting on the generosity of the people’, Redemptorists set €200k goal for Christmas appeal 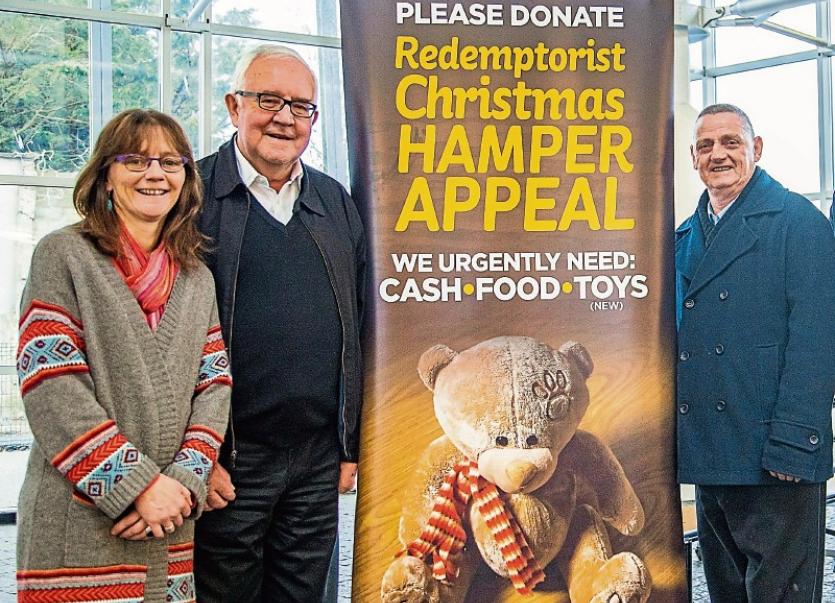 “WE have ordered the food, so we are trusting on the generosity of the people of Limerick.”

This is the message of faith from Fr Seamus Enright of the Redemptorists. Fr Enright has a tough challenge ahead of him, as the Redemptorists attempt to raise €200,000 between now and Christmas, to fund this year’s Christmas Hampers.

They began their Annual Christmas Hamper Appeal campaign with a launch in St Clement’s College last Thursday morning, which was attended by staff and students of the school.

Speaking at the launch, Fr Seamus Enright commented on how things are getting worse for some people.

“In a city of plenty, children go to school hungry every morning and, as Christmas approaches, some older people will have to decide between whether to have something to eat or lighting a fire,” said Fr Enright.

Fr Enright hopes to distribute an amazing 6,000 hampers, along with the help of Novas, Mid-West Simon Community, local groups and a host of discrete volunteers.

“We are hoping, working with Saint Vincent de Paul and 30 other organisations to distribute 6,000 hampers across the city and county. This will cost in the region of €200,000 so between now and Christmas we need to raise that €200,000,” said Fr Enright.

Last year Novas worked with more families than ever before, helping  274 families and 592 children, who were homeless or at risk of homelessness.

Pat Talty, principal of St Clement’s, remarked that St Clement’s College has been supporting the Christmas Hamper Appeal since it was launched in 1972. “Students bring donations of food to school, which are placed in the Crib at the Redemptorists. Transition Year students help pack hampers. An important aspect of Catholic education is helping students develop a social conscience.”