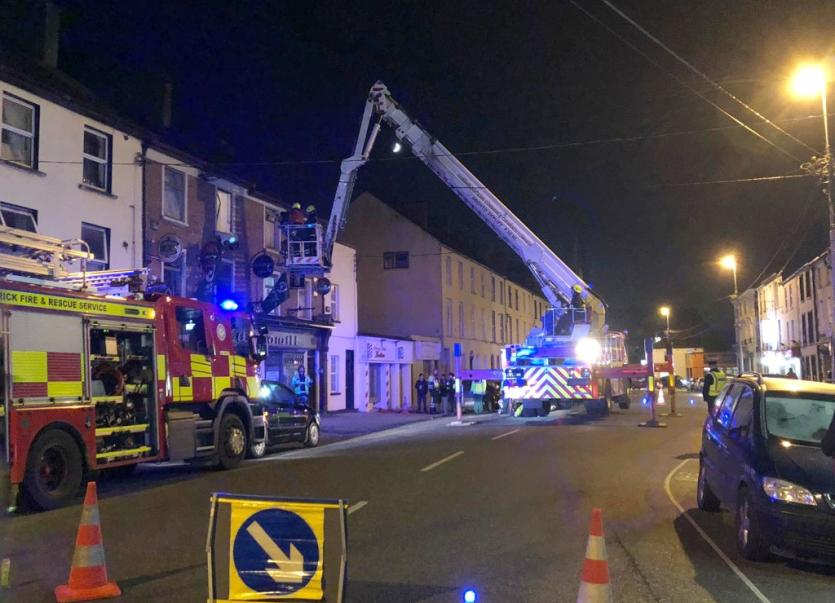 Scene of the incident at Henry Street

EMERGENCY services were alerted to the scene of a medical emergency in Limerick city centre, which required a street to be closed for around an hour this Sunday evening.

It is understood that a resident in Henry Street became concerned for an elderly neighbour and alerted the National Ambulance Service.

After paramedics assessed the man in an upstairs apartment, they alerted Limerick Fire and Rescue Service to attend the scene.

After 5pm, firefighters arrived at the scene with their Bronto skylift appliance in order to safely get the elderly man out of the building via the window.

One of the dozens of concerned witnesses told the Leader that firefighters broke down the window in order to gain access to the apartment.

The road had to be sealed off in order to carry out the operation. As well as a strong presence from Limerick Fire and Rescue Service and the National Ambulance Service, three members of Henry Street gardai were at the scene.

The man, who was conscious, was taken to University Hospital Limerick for treatment. The road was reopened at around 6.30pm.