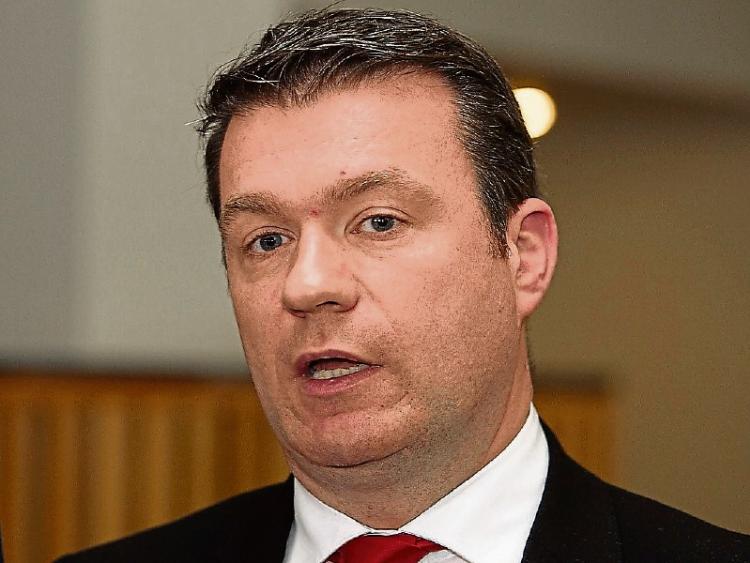 Deputy Alan Kelly pointed out the disparity in resources of UHL relative to Beaumont, which is held aloft as an example of how to manage economically

THE HSE and the Government has been accused of “discriminating” against Limerick and the Mid-West after it has emerged that Beaumont Hospital has over 1,000 more staff and over 200 more beds than University Hospital Limerick.

This is despite the fact that UHL sees thousands of more emergency attendances and is experiencing the worst level of overcrowding the country has ever seen since records began 14 years ago.

This week saw UHL set a new record for highest level of overcrowding in a single day for the third time in a number of months, with 85 patients being treated on trolleys.

According to HSE figures, collated by Labour TD Alan Kelly, UHL has 2,780 staff - 1,043 fewer than Beaumont Hospital, which is attached to the RCSI Group in Dublin.

He said that the data shows that the UL Hospitals Group has “never recovered from the ill-timed reconfiguration” in 2011 when St John’s, Ennis and Nenagh emergency departments closed down.

Earlier this year, Taoiseach Leo Varadkar praised Beaumont and the RCSI Group for its performance in dealing with the overcrowding crisis, particularly in the context of UHL’s worsening figures.

But now Deputy Kelly, from Tipperary, is calling for the Taoiseach to “refrain from such nonsense as comparing Beaumont to UHL as such comparisons are meaningless”.

In a statement to the Limerick Leader, Deputy Kelly said it is “astonishing” that the HSE “does not appear to have an adequate governance process to collect and analyse data to determine if our hospitals and our hospital groups are adequately resourced to do the job they are supposed to do, or even to determine if the resourcing of hospitals and hospital groups is reasonably equitable”.

He said that after gathering this data, it shows that the HSE and the Department of Health “are incapable of doing just this or more worryingly they are capable but simply refuse to acknowledge it and choose to discriminate against those of us from the Mid-West”.

He said that it “should not fall to a local public representative to dig this information out”.

“That is not my job. However, because of the obvious inequity at play I had to. This information should be within the public domain and be a matter of normal public discourse, given that it is public money that is involved.”

He said Taoiseach’s comments on the overcrowding crisis has been “trite and has included advice that all of us should look at Beaumont Hospital and the RCSI Hospital Group for answers as to how well issues can be managed”.

He has asked why “this grossly inequitable situation has been allowed to develop by the HSE”.

A spokesperson for the HSE directed this reporter to contact the UL Hospitals Group and that “staffing is a matter for the local hospital”.

A spokesperson for the UL Hospitals Group said that UHL has grown from 1,950 to 2,780 staff in the space of five years.

Among vacancies across the UL Hospitals Group, there are currently 14 permanent full-time vacancies for consultants; seven NCHD vacancies; and 38.65 whole-time equivalent nursing vacancies.