Nick Rabbitts at Áras an Uachtaráin 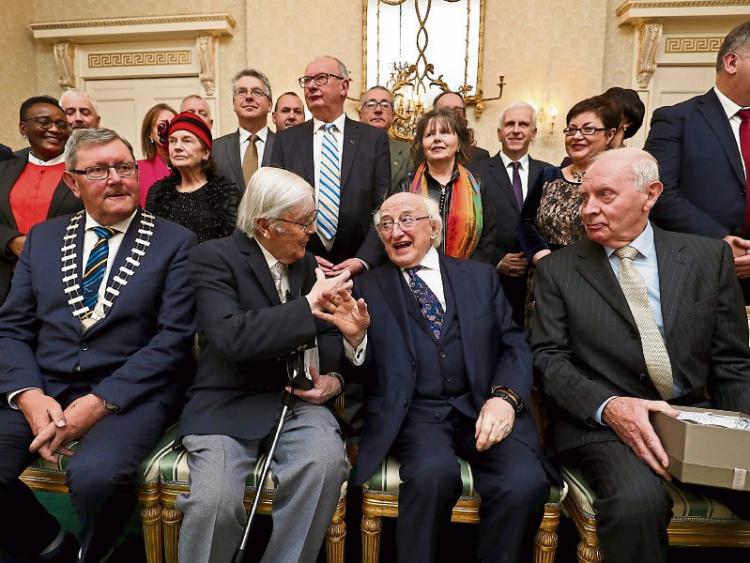 THE sterling efforts of a group of people who promote peace and harmony throughout the world has been recognised with one of the highest honours in the land.

For the last 35 years, the Tipperary Peace Institute, based in Tipperary Town, has honoured many international leaders who have played a pivotal role in bringing peace to this island and the world.

Read also: Limerick auctioneer calls for rail line to Adare to be reopened in time for Ryder Cup

Now to mark the occasion of their 35th anniversary, members of the Tipperary Peace Institute journeyed up to Áras an Uachtaráin in the Phoenix Park for a reception with President Michael D Higgins.

Addressing the event, President Higgins said: “Peace did not easily arrive here overnight. It was carefully constructed by many groups and individuals including the Peace Institute. If you look at the lists, you will see the Peace Institute are often among the most active people achieving that peace.”

But he warned that peace remains fragile, highlighting the fact that in 2017, more than 80,000 people were forced to leave their homes due to conflict.