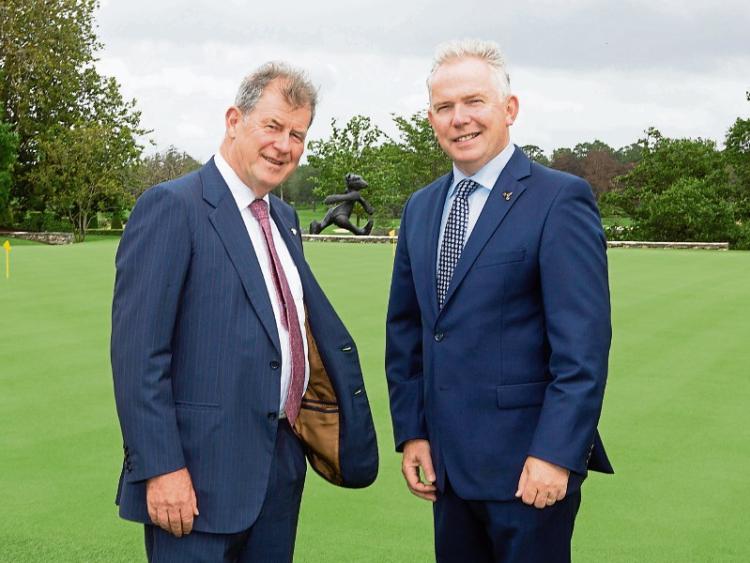 GET the train to watch the Ryder Cup in Adare Manor Hotel & Golf Resort and leave the driving to the golfers, urges Limerick auctioneer Bill Hanly.

They say great minds think alike and that is true of Mr Hanly and Bedfordshire-based transport journalist Tim Casterton. Separately, they contacted the Leader around the same time to call for the rail line from Limerick to Foynes via Adare to be reopened. The last revenue-earning train to run on the 27-mile line was in December 2000.

Mr Hanly specifically cites the advantage of having it up and running in time for the Ryder Cup in 2026.

“I was away on holiday in September. I met a guy, we were talking and he said, ‘You’re Irish’. He brought up the Ryder Cup. He was big into golf. I’m not really into golf. I said, ‘Not alone is the Ryder Cup in Ireland it is on within 15 minutes of where I live in Ballysimon’.

“Then it dawned on me. Over the years I have gone to Cheltenham, and rugby matches in Twickenham and Stade de France. We went by train to all of them. I just know from doing a lot of business around Adare there is a railway track from Limerick to Adare,” said Mr Hanly.

It leaves Limerick city, goes out by Old Crescent Rugby Club, straight out to Patrickswell, and goes into Adare by Clounanna.

“If you could get on the train in Limerick city, head to Adare, go to the Ryder Cup and come back to the city you would fill every hotel, guesthouse and bar here. It would ease traffic congestion and there would be no issues with drink driving,

“I met some people in Birdhill for dinner a couple of months ago. They lived in Castleconnell. They came on the train. They could have a few drinks and get the train back to Castleconnell. I am not advocating drinking to excess or anything but I am just saying they could relax and enjoy it without the worry of driving,” said Mr Hanly.

And once the Ryder Cup is over, the city will continue to benefit from Adare as the rail line will encourage tourists not to bypass it, he says.

“I think it’s a no brainer. It’s a win win. We just need to get it off the ground,” said Mr Hanly, who stresses the need for the recently announced €450m Adare by-pass and new road to Foynes.

In comparison, transport expert Mr Casterton said restoring the rail line from Limerick to Foynes via Adare would cost around €25m at 2015 prices.

“It could be completed within a couple of years as all land required for it is already owned by CIE. Shannon Foynes Port Company have been calling for the re-opening of the freight line for several years now and were awarded EU funding for a structural survey of the currently mothballed route. Surely there are compelling grounds for the minister to support the opening of this TEN-T link to the vital deep water port – especially when the cost is around 5% of the cost of the road,” said Mr Casterton.