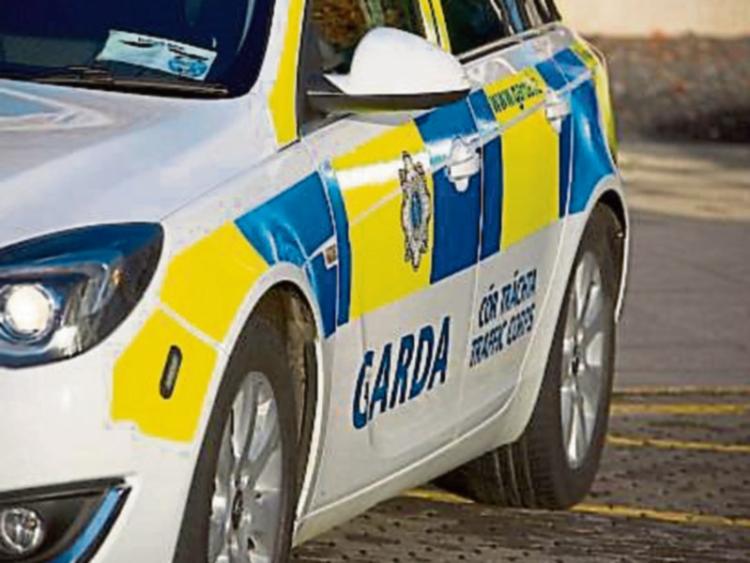 THE two gardai hospitalised after their jeep was rammed this week were in another high speed chase just over 24 hours earlier.

Five men in their twenties have been arrested as a result of the gardai's brave actions over two nights. The Limerick Leader understands if they had been in a car instead of a Hyundai Tuscon jeep they would have been “killed”.

A garda source said: “They were on mobile patrol in the early hours of Tuesday morning when they attempted to stop a Mazda 6 in the Crescent Shopping Centre car park. They driver took off at speed. They chased them to the Clonmacken Roundabout. They were stationary at the roundabout when the high powered vehicle came straight for them and ploughed into the passenger side. The Mazda must have been going at 100km/h.”

He continued: “The Mazda drove the garda jeep across two lanes into a barrier. He ended up in the middle of the roundabout. The two of them got out and ran.” Colleagues apprehended them a short time later.

A garda spokesperson said €1,500 of suspected cannabis (pending analysis), a knife and the Mazda 6, involved in the collision, were seized.

The two members of the Traffic Corps have been released from UHL after being treated for non life-threatening injuries.

A garda source told the Leader: “Those two lads are heroes. They were in another high speed chase just over 24 hours earlier.”

The Leader understands that the same two gardai were manning a checkpoint on the old Dublin Road between the Groody Roundabout and Golf Links Road at 9pm on Sunday evening.

“A Ford Mondeo did a U-turn and the gardai started chasing them. The Mondeo went up the Golf Links Road, on the wrong side of the road, up Old Schoolhouse Road. He was driving other cars off the road,” said the garda source.

The high speed pursuit continued through Monaleen, Annacotty and onto the Mackey Roundabout.

“They took the Newport Road and then after a bit went left straight through the Old Dublin Road at 100mph. They went back around Castleconnell and drove their patrol car off the road. The Mondeo went on the wrong side of the road at Daly’s Cross at 130mphs. It was crazy stuff – it is a miracle there wasn’t an accident.

“They drove on towards Birdhill and then for Newport. He lost control at the crossroads near Millbrae Lodge Nursing Home. He was turning left for Newport.

“The lads pinned the Mondeo into the ditch because he was trying to drive out again. If he got into Newport he would have crashed into someone.”

The two gardai then arrested the three male occupants. They found house break-in implements in the vehicle.

The garda source said: “It was some 24 hours for the lads and we’re all just glad they’re OK.”