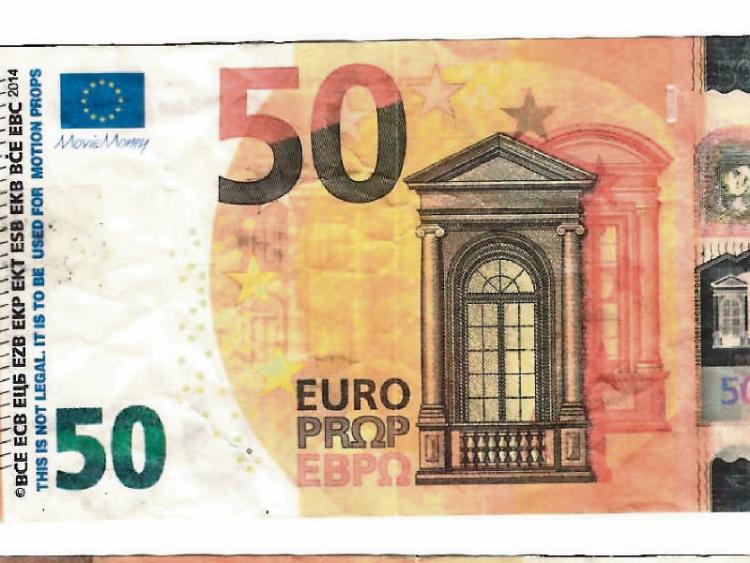 There are phony fifties on the loose around Limerick

GARDAI are advising retailers, business  and members of the public not to be duped by fake €50 notes which are used as TV props but which have entered circulation recently.

A number of the fake notes have been passed to retail outlets in the Bruff garda district in recent weeks and investigations are underway to establish how they entered circulation.

The notes, which are the correct size and colour and appear to be genuine, have a warning printed on both sides which states they are props.

“This is not legal it is to be used for motion props,” read the warning which is located on the short end of the notes.

Gardai have released images of some of the fake notes which have been seized and they are appealing to retailers and customers to check for the warning when dealing with €50 notes.

“The warning can be seen but I suppose retailers and members of the public need to know what to look for,” said divisional crime prevention officer Sergeant Ber Leetch.

Anyone who comes across one of the props is advised to retain the notes and to contact their local garda station.