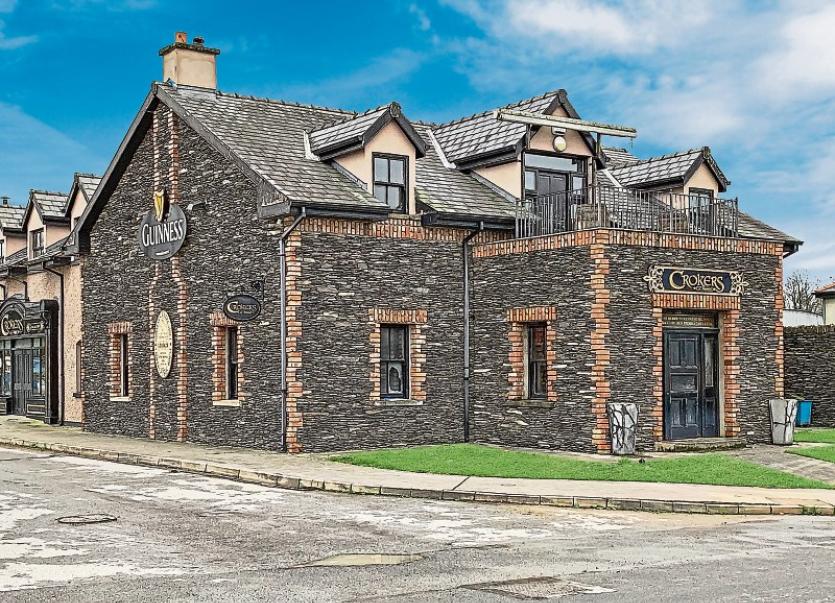 The pub formerly part owned by an ex-Ireland rugby international cost an estimated €1.5m to build

WHILE pub-goers may not be able to ring in the New Year in Crokers in Murroe they will be able to toast its reopening in 2020.

Mark Cusack, director of DNG Cusack Dunne, confirmed to the Leader that the pub and restaurant has gone “sale agreed”.

Formerly co-owned by Munster, Ireland and Lions rugby player Peter Clohessy, locals have been wondering what the future held for it since it closed in September, 2018.

Built at an estimated cost of €1.5m during the Celtic Tiger, Crokers opened in November 2007. No expense was spared as the pub and restaurant boasted open fires, wooden beams, beautiful stonework and a thatched roof.

Crokers has been in receivership with DNG Cusack Dunne acting on behalf of Grant Thornton.

Mr Cusack said: “The offer has been formally accepted and it is sale agreed. It went for in excess of the asking price of €295,000.”

He confirmed that a local person is the new owner and it is their intention to run it as either a bar or a restaurant.

“I’m delighted to get it over the line and I am delighted also to see that it will continue as a business there. People locally had told me that up to now the village was cut off at the petrol station - this enhances the village,” said Mr Cusack.

The auctioneer said there was a good level of interest in Crokers.

“There were concerns what use it would be put to but most of the viewers, if not at all, had intentions to keep it going as a form of licensed premises/restaurant,” said Mr Cusack, who is currently instructing solicitors.

The sale will be concluded before Christmas so it is expected that it will be 2020 before Crokers is open for business.

Cllr John Egan said he is “delighted that someone has taken it over”.

“I am looking forward to it being reopened as a restaurant and pub. Anything like that being closed is a loss to the village and the parish. It will be great to have Crokers open again.

“Ahern’s shop across the road is for sale as well. I hope someone will take over that business as well,” said Cllr Egan.

With the population growth, Crokers' capability to cater for functions and the success of Murroe Wood Park activity area, Cllr Egan said the pub and restaurant is very necessary.

The licence to serve alcohol lapsed in September 2017. Last month, the receiver successfully applied for the licence to be revived at Limerick Circuit Court and it was included in the sale.

It will be put to good use in the four interconnecting bar areas – Winnies, Charley’s, Fitz’s and Johnny’s Bar – and restaurant.