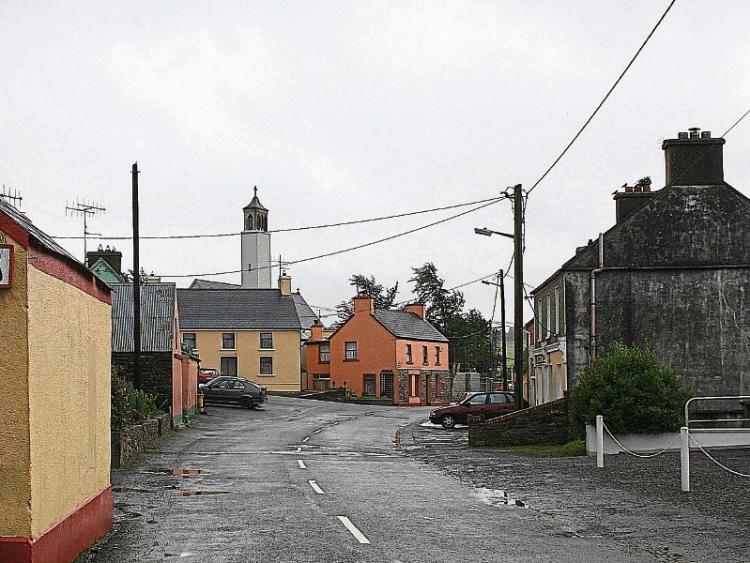 Who can point out the centre of Mountcollins, asks Cllr Liam Glavin

A YEAR on after a scheme of ten social and affordable houses for Mountcollins was turned down, it has emerged that 13 people on the housing waiting list have given Mountcollins as one of their choices.

The proposed scheme was turned down last year by the Department of Planning, Housing and Local Government “due to concerns related to the limited access to shops, services or public transport and the relatively low demand in the area.”

Speaking on the issue in the Dáil, Housing Minister Eoghan Murphy said “the project was not advanced as the scale of housing proposed was greater than the numbers on the waiting list for social housing in the locality.

Read also: New five-year plan for Limerick tourist town should be complete by end of year

It was now a matter for Limerick City and County Council to consider how best to meet those social housing needs.

“I understand that the council is considering the utilisation of existing properties, including vacant properties, in the area,” he said.

But, Larry Begley, secretary of Mountcolllins Development Association pointed out at the time, because there has been a lack of new housing in Mountcollins up to now, people have had no option but to put down their preference as Abbeyfeale or Newcastle West.

Now, Cllr Galvin has revealed, in answer to detailed questions, that 13 people had put Mountcollins as an option. Our housing lists are getting bigger and bigger, he said, and the lists for Newcastle West and Abbeyfeale were huge.

But, he argued, if houses were provided in villages such as Mountcollins, Athea and Tournafulla, those lists would shrink.

Cllr Galvin pointed out that a developer was prepared to come in and invest in a particular site in Mountcollins but was refused planning.

“You are not going to have a shop or post office unless you put people in first,” he declared.

The solution, he argued, was “in our own hands”.

Cllr John Sheahan requested that the Mountcollins application be re-submitted. Project 2040, he said, was anti-rural and against one-off housing.