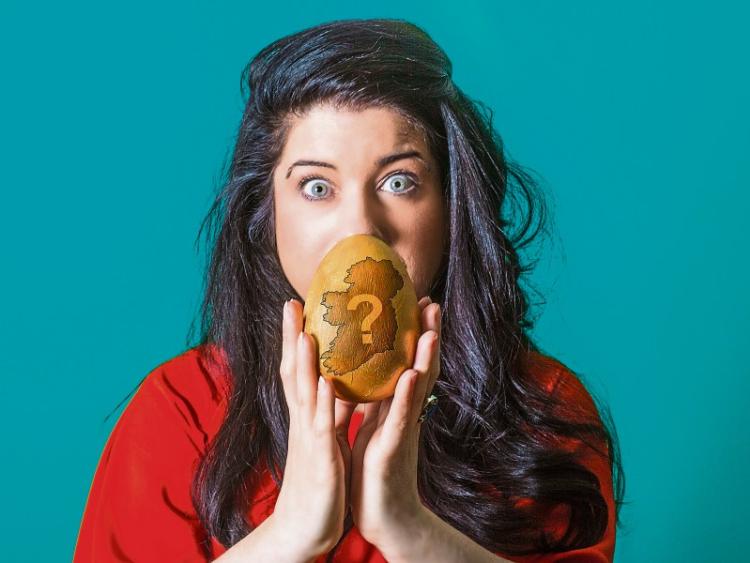 Joanne Ryan has updated her award-winning play for new tour

AFTER an award-winning tour of the UK and Asia, Joanne Ryan’s award-winning play Eggsistentialism is making its Limerick comeback with some changes to reflect how Ireland has changed since the piece has been on the road.

Playwright Ryan said the Limerick run of shows is a “homecoming” after taking the show abroad.

The original run of Eggsistentialism began in Limerick, with the show playing the Belltable in 2016.

It took home a number of awards from the Edinburgh, Melbourne and Sydney Fringes, but Ryan didn’t rest on her laurels and play it safe.

This time around, things are different.

The play has been updated to incorporate the changes in Irish society since the initial 2016 run, with the 2018 8th Amendment referendum playing a part in the updated play.

“That was definitely a big moment in recent Irish history, and of course it wasn’t the massive societal issue it became when I first wrote the play.

“The beauty of working in theatre over other forms of media, unlike television or film, is the opportunity of being able to go back and readjust or rewrite parts of the play to help it change with the times,” Ryan said.

The play, renowned for its blend of animation and on-stage antics has new animation added to the show, complementing the updated material.

Ryan’s recent motherhood has inspired her to rejig the play with additional material not present in the original run, inspired by her experiences as a new mother.

Read also: County Limerick town set to Bounce on to the big screen in short film

Off the stage, Ryan wanted to cater for a certain type of audience.

“I have a special show on Friday the 29th at 12pm. It’s a parent-friendly matinee performance.

“I appreciate some later show times might not suit parents with younger children, so I’m putting on a show where you can bring your baby with you in your arms for this performance.”

Ryan said she was inspired by the “parent-friendly auditorium” by her travels, with the Edinburgh Fringe offering the same experience for parents.

“I thought it would be great if we could introduce this to Irish theatres,” she said. “So I hope loads of parents come along with their little ones!”

Ryan hopes her pioneering scheme will make other Irish theatres follow suit, as she says parent-and-baby auditoriums are commonplace in other countries.

The play wrestles with a woman counting her last few fertile years and contemplating whether or not to have a child.

Mixing animation with stand-up, monologue and hilarious recorded interjections from her mother, Eggsistentialism takes a light-hearted but unflinching look at one of life's most compelling dilemmas: should making a life for oneself involve making another?

Ryan was born in London in 1979, just as the debate surrounding contraceptive health became a hot-button issue in Irish society.

Ryan moved to Limerick when she was six years old, and says growing up in the era where the recently-passed Gay Byrne set the agenda for Irish social politics influenced her writings.

“He (Gay) really changed that debate in Ireland, both for my generation and my mother’s generation.”

“The play is based on my own experiences as a woman growing up in Ireland, and also based on my own mother and how they approached the topic of reproductive health in her generation.”

Eggsistentialism’s parents and baby show will take place at the Belltable at 12pm on Friday, November 29, along with a show at 8pm.