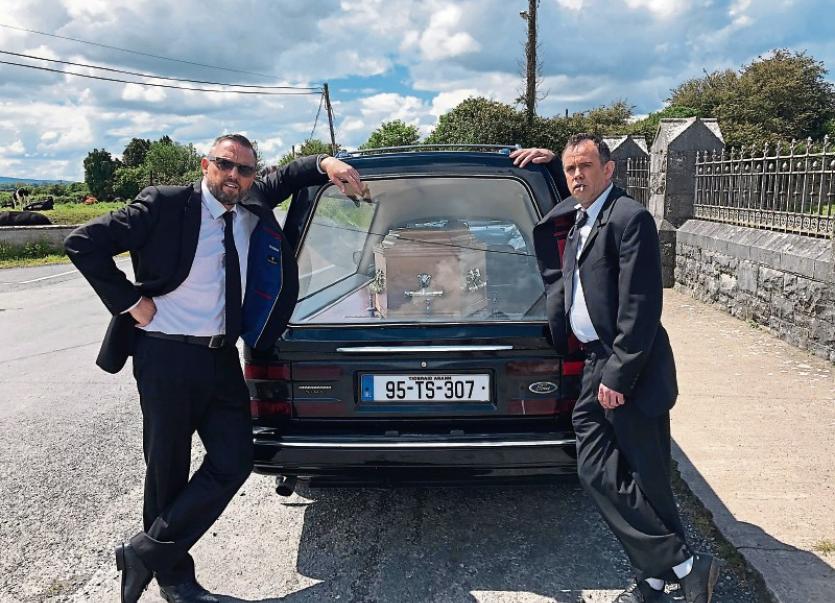 THE late, great Stanley Kubrick once said: “If it can be written or thought, it can be filmed.”

Kilmallock duo Shane O’Brien and John English have put that to the test with their short film, The Bounce, which will enjoy a local premiere at Bulgaden Castle on Friday, November 22.

“The Bounce is the first part of what will hopefully be a larger narrative feature,” explains John English, one man-film studio and full-time teacher.

O’Brien and English took out a €10,000 loan from their local Credit Union with a dream to create “the great Irish comedy”.

Two coffins and a hearse were also bought for the production, and served as an unorthodox marketing tool.

“I had the hearse parked outside my house for a while, and that had people wondering if there was a death at my house,” said O’Brien.

“We also had the hearse parked outside the local pub one afternoon, they got bombarded with calls asking whose funeral it was!”

An episodic slice-of-life in an Irish town, where a funeral serves as the backdrop for high jinks, The Bounce may only be the beginning. O’Brien and English told The Leader that “if this first part of the film is successful, hopefully someone will take notice and give us the money needed for a feature-length film.”

There are four segments written in total; the overall cost to bring the film up to feature-length would be €40,000.

Entry to the screening will cost €5 next Friday night, and all funds raised on the night will go towards any future productions.

The Bounce is a comedy in the “dark British sense” said O’Brien, and considering he worked with mastero Ken Loach on the film Jimmy’s Hall, that shouldn’t come as a surprise.

The Bounce | Official Trailer from Noel McElligott on Vimeo.

When asked if working with the legendary director helped him hone his own directorial skills, O’Brien said “working with Ken taught me to treat my crew well”.

”On Jimmy’s Hall, Ken knew practically everyone’s name, from the extras to the catering staff. So I brought that attitude to this film.”

“We started writing this film in April 2018, and like any writing process, it’s been chopped and changed so many times.”

English says their stage background was an initial hindrance to their screenwriting efforts.

”Frankly, there was way too much dialogue. Too much tell and not enough showing. A friend of ours, Noel McGettigan, told us to trim it down.

“That feedback was tough to take, but it made the film tighter and leaner.”

What can Kilmallock audiences expect from The Bounce when it’s shown next Friday night?

“Well, we want to get people laughing,” said O’Brien. “We want to know there’s an appetite there.”

Over the course of the conversation, the more irreverent style of British-style and dark Irish comedy was mentioned as a reference guide for the film. 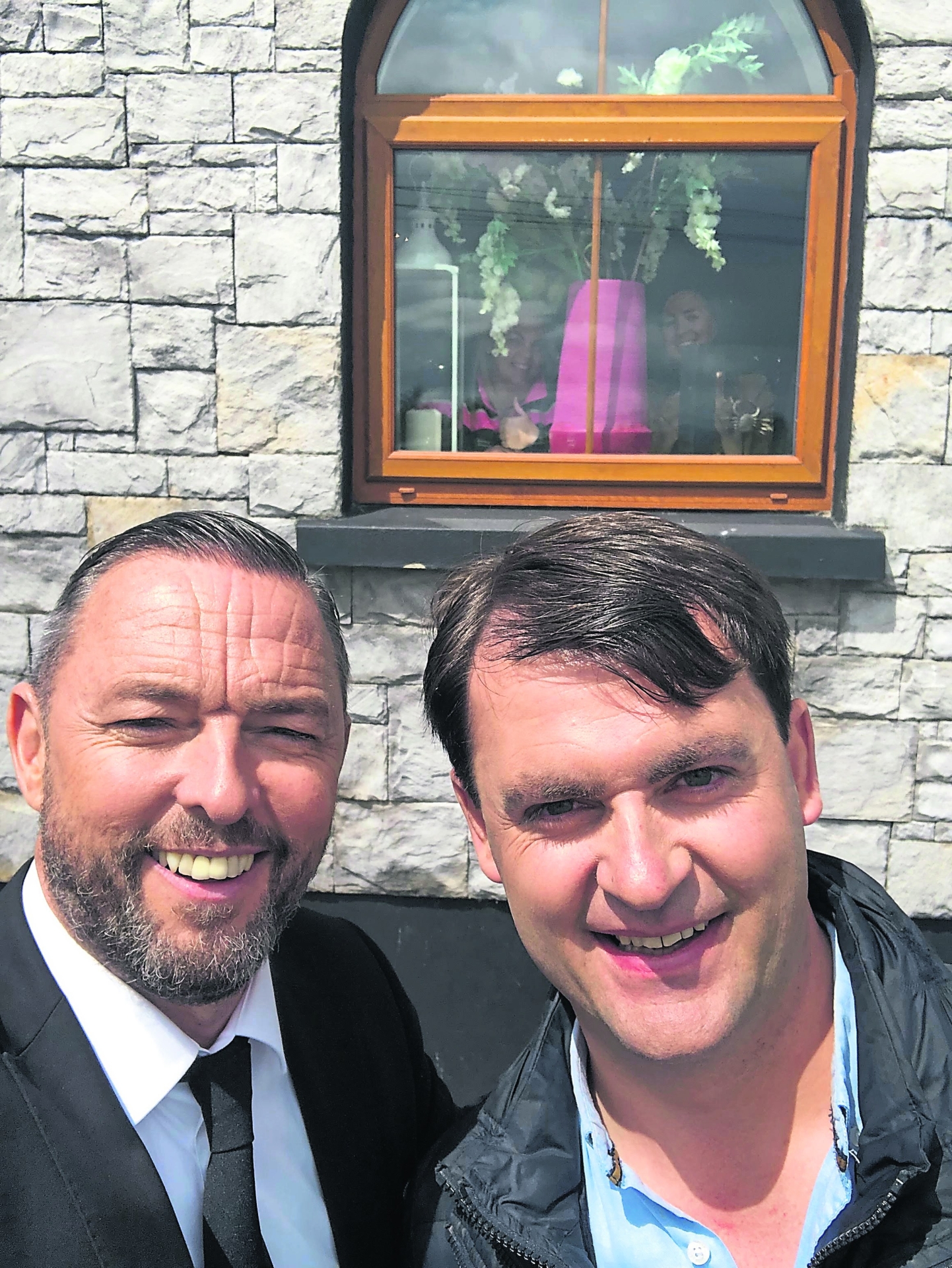 The Bounce isn’t for all audiences, however.

“We’re not making a comedy to play it safe,” explained O’Brien.

“There’s a certain edginess to it,” said English, adding “this is for over-18s!”

Ultimately, the aim is to “show Kilmallock audiences that this kind of production can be done in our town, and not just in the cities”

“We hope people come along next Friday, give us some feedback, and that will give us an idea with what to work with going forward.”

The Bounce screens in Bulgaden Castle on Friday, November 22, at 9pm