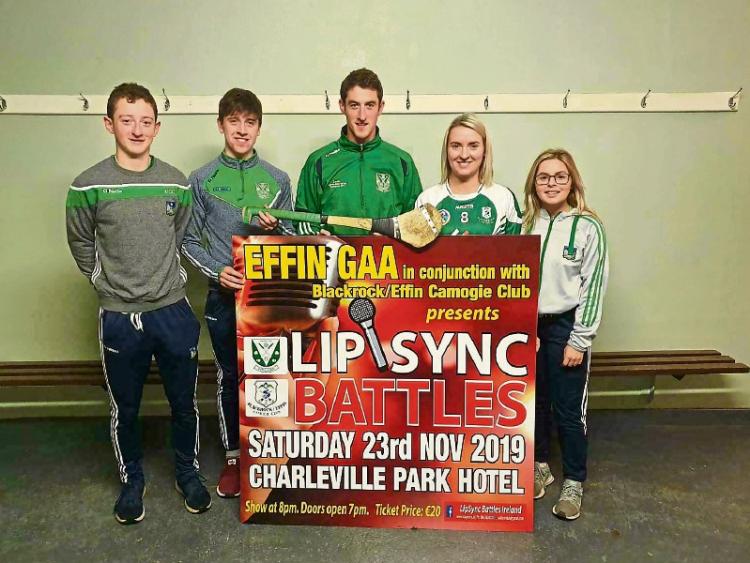 LIMERICK goalkeeper Nickie Quaid is a star at blocks but is he a rock star?

Music and dance lovers can find out a lip sync battle on Saturday night, November 23 in the Charleville Park Hotel. It is a fundraiser for Effin GAA and Blackrock Effin Camogie clubs.

John Mulcahy, Effin GAA pro, said each group will take to the stage and perform to a track.

“They will dance, swagger and swirl in themed costumes. The only thing they don’t have to do – thankfully perhaps! - is sing. Instead they lip sync,” said John. One of the big draws will be Nickie.

“He has been a huge contributor to the community. He has visited the local school with his team mates and the Liam MacCarthy Cup. He has always been available to sign a jersey, sliotar or hurley for a young fan and has never refused a photo request. He is a great example to children and we are lucky to have him,” said John.

But Nickie won’t be the only GAA star strutting their stuff. Fergal O’Connor and Patrick O’Donovan were on Limerick’s Munster winning minor side.

There is plenty of camogie participation including  Limerick’s Katie Hennessy and recent Junior B  Camogie Championship winners  Blackrock Effin’s captain, Mairead Sheedy. The team was unique as it boasted a mother, Noreen Bluett; daughter, Roisin O’Riordan and niece, Ursula Bluett.

Twelve groups will battle it out for the title of Effin lip sync champions. The judging panel of Cian Lynch, Corina Gough and Tom O’Halloran will have their work cut out.

Monies raised will be divided between the clubs. John says Effin GAA pitch has undergone extensive development in recent years.

“The club added a gym and also an indoor astro turf complex wth a ball wall.

“This year saw the addition of a 580 metre tarmac walking track around the pitch which is lit until 10.30pm every night.

“Over €200,000 has been invested to date. Such is the popularity of the GAA hall that planning permission has been secured for an extension which includes a hurling alley,” said John.

Tickets (€20) are available from local businesses, the GAA clubs and from any of the lip sync groups.